Kumkum Bhagya‘s next episode is going to take us through the exact details of how Prachi landed in Maya’s place next to Ranbir. We will see how Prachi talks to Ranbir as she tries to adjust the ghungat on her face. She tells him that she did not want to get married this way, but she had no choice as she couldn’t see someone being wronged. In the flashback, it is shown how Prachi, Sarita, Shahana, and Aryan decide that the last way to save Ranbir is by exchanging the bride. Sarita offers the ingredients of cooking that would flame up the agnikund and create a lot of smoke. Due to that replaced ingredient, Ranbir and Maya are shifted to their rooms.

Once in the room, Prachi tells Maya that she knows the truth and Rahul has told them everything about her plan to divorce Ranbir and flee with him. But Ranbir tells her that the plan has changed and Maya laughs. Prachi threatens to oust her real face in front of her family but Maya begs her not to do so and sobs. Later, she reveals she has been acting and she is the one who will marry Ranbir. She threatens Prachi that she will throw her out of the window. But in the ensuing scuffle, Ranbir and Prachi knock Maya unconscious. 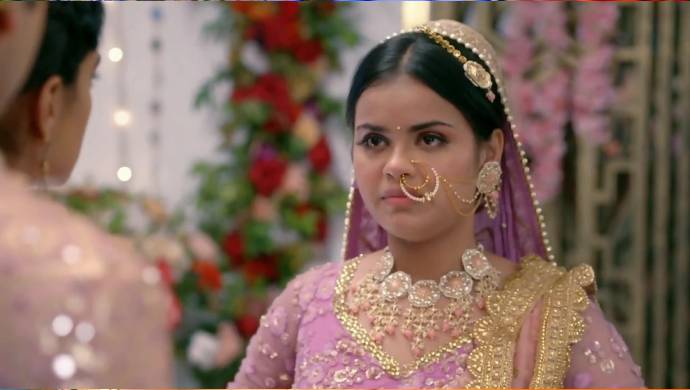 As if on cue, Maya’s mother calls out from the door and says that the smoke has withered away and the panditji wants the bride and groom to come to the mandap. She also says that Ranbir will be brought by Maya’s uncle. Ranbir and Prachi get scared and think that they have killed Maya.