In the next episode of the show Kumkum Bhagya, we will see how Ranbir proposes Prachi. He decorates her room with balloons, red roses, and candles. He makes it look very romantic and then surprises Prachi. He proposes to her and tells her that she means the world to him. In a very romantic fashion, he pours out his heart’s desire in front of her. But Pragya spoils the moment by walking in and flashing the lights on. She also apologises for it but Prachi asks her to stay as Sarita and Shahana laugh at Ranbir and Prachi. Pragya feels happy to see Prachi overjoyed and she tells Ranbir that whatever is Prachi’s decision, she will support it.

Ranbir becomes happy and calls Aryan. He tells him that Prachi’s mom has accepted their relationship. He also tells him that he would soon marry Prachi, Aryan tells Ranbir that he is very happy for him and he makes plans for Ranbir’s marriage. Aliya eavesdrops on this conversation and hears it. She walks to Rhea’s room and sees that she is leaving to meet Pragya. Aliya tells her how Pragya wants to hurt her by marrying Ranbir and Prachi. Rhea refuses to believe. 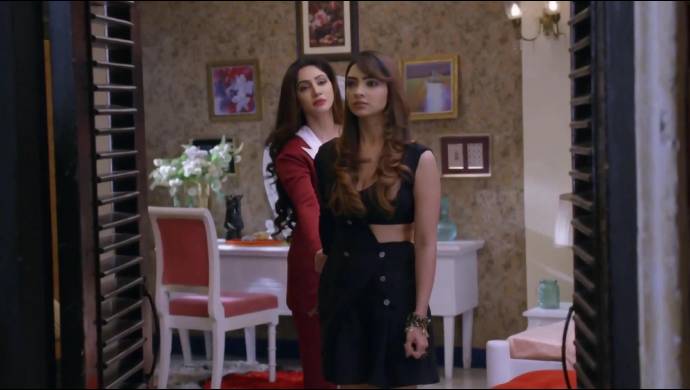 Aliya asks Aryan to come and tell Rhea the truth. Aryan confesses that Ranbir is taken and he belongs with Prachi, in an attempt to fend off Rhea and her motives to sabotage Prachi’s life further. Rhea cries but shouts at Aliya and tells her that she would still meet her mother!

What will happen next? Stream Kumkum Bhagya premiere episodes before TV, only with ZEE5 Club Pack! Avail exclusive films, ZEE5 Originals, and series at just Re. 1 per day!