Kumkum Bhagya‘s young and romantic couple Prachi and Ranbir are all set to marry. This episode will witness the grand wedding of the couple after the bridal swap! To begin with the start of the events, Shahana meets Ranbir and reminds him that Prachi and Aryan are waiting for him. But Maya’s uncle stops him and asks him to sit in the mandap for the wedding. On the other hand, Prachi and Aryan get Rahul drunk. They make him drink so much that he becomes unconscious. Prachi is scared that their plan has flopped and now Ranbir will marry Maya.

But when Ranbir reluctantly sits next to Maya. The panditji asks the bride to cover her face with the dupatta until the wedding is over. Maya covers her face and the rituals begin. Ranbir has a vision in which he protests and Maya’s bade papa points the gun towards his mother. This startles him. The panditji makes a mistake while putting some ingredients in the fire and this fills the room up with smoke! Maya and Ranbir are rushed to their rooms. Everyone else also vacates the room. 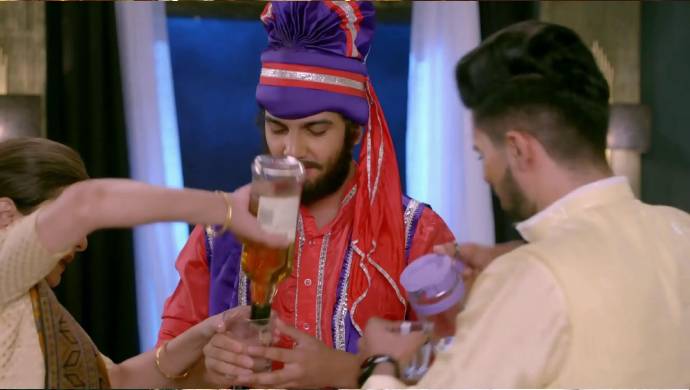 Later Panditji blames the wrong muhurat for the mishap but says everything is fine. He asks for the bride and the groom. Ranbir comes and sits in the mandap and Maya’s mother fetches her from her room. But when the bride walks out wind gushes and her dupatta is lifted by the breeze for a moment. The shocking revelation of the bride being Prachi is made! Prachi sits beside Ranbir as the wedding rituals progress!