In the next episode of the show, Kumkum Bhagya we will see how Prachi waits for the doctor to arrive so that she can pay off the bills for which Sarita has accumulated the amount from her savings. But the doctor tells her that the money has already been deposited by Mr. Mehra. Sarita tells Pragya that she should meet Mr. Mehra now and thank him for the help. Meanwhile, the doctor tells them that Prachi’s condition is critical and she has lost a lot of blood. He tells them that she requires a B+ve blood group and it is not available in the blood bank. Abhi receives a call from the doctor and after hearing the problem he tells them that his daughter has the same blood group.

Further, we see how Ranbir catches up with the truck driver and he gets hold of him with Aryan’s help. They both drag him to their friend’s house and keep him there as he is unconscious. They call up Pragya and tell her that they have found the criminal. They also inform Abhi. On the other hand, Meera comes home and meets Mitali. Mitali tells her that there is something fishy going on and Aliya is hiding something. 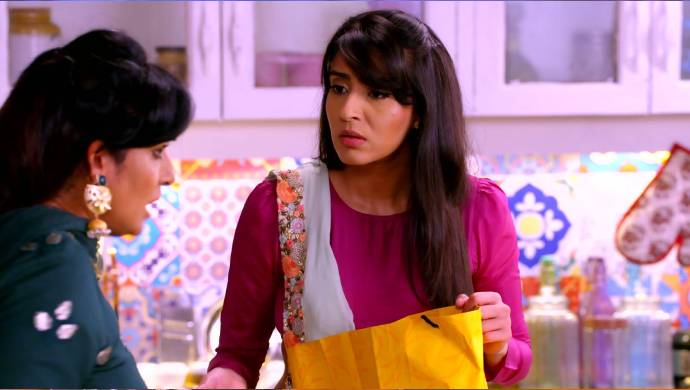 On the other hand, Abhi walks into the home and goes straight to find Rhea as he wants her to donate her blood and save Prachi’s life. But Abhi hears Rhea speaking with Aliya. Rhea says that she wants Prachi to die! Aliya asks her to stay calm and wait patiently!