Akshaya Deodhar has become a household name owing to her powerful character as Anjali in the popular daily soap Tuzhat Jeev Rangala. Anjali is ambitious, level-headed and a teacher by profession. She’s an epitome of an empowered woman who helps in the upliftment of other women. She also sets an example by marrying someone from a different financial and social background. Despite the differences, Anjali stands by her husband Ranvijay Gaikwad aka Rana Da. On Akshaya’s birthday today, we look at the five times her character Anjali defied all odds in Tuzhat Jeev Rangala.

Watch how Anjali decides to contest the local elections in this episode.

Anjali and Rana’s love story has been nothing but dreamy. She was transferred to his village and that’s when it all began. After several misunderstandings and fights, the passionate teacher eventually fell for the naive, innocent, village lad Rana. Anjali proved to be someone who Rana could fall back on. She has always been a constant support to Rana Da, be it his decision to pursue wrestling instead of farming or even when he was falsely accused of bribery. Anjali stood by him every single time. 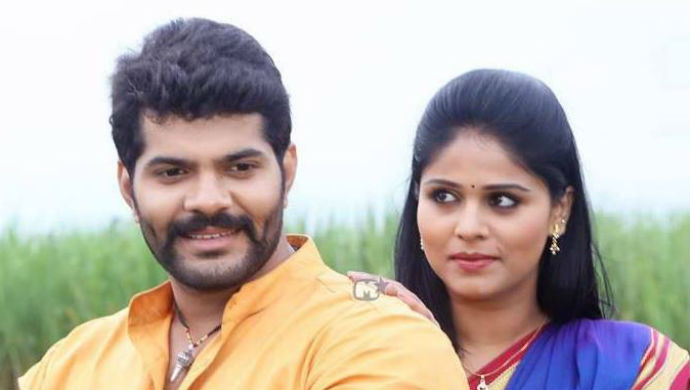 Apart from being a constant support to Rana, Anjali has also been the backbone of the Gaikwad family. She has held the family together especially when Nandita (Dhanashri Kadgaonkar), Anjali’s sister-in-law, tried to break them. Nandita wanted to get rid of Anjali so that she could become the only controlling woman in the family. However, Anjali stopped being docile and gave it back to Nandita. Her desperate attempts to bring down Anjali were unsuccessful given the latter’s alertness. Anjali later exposed Nandita for cheating on their family and was put in jail.

3. Her transformation after Rana’s supposed death

Before Nandita was punished for her evil deeds, she sent goons to attack Rana Da to gain control of the house. He was almost killed in this attack and was thrown into a river which took him away from the village. Following the incident, Anjali lived as a widow. However, she knew that Rana would return someday and kept on going strong. Anjali became a responsible mother and singlehandedly raised Laddoo in Rana’s absence. She transformed into a stronger woman after Rana’s supposed death.

Anjali wanted to uplift illiterate women in her village and hence she decided to start an adult education program to educate these women. She defied all odds and pursued her passion for imparting knowledge to the uneducated. Even though she was hammered down by the orthodox society, she didn’t let it affect her strong determination and will power.

The turning point in her life occurred when Anjali became the Sarpanch of the village. She was labeled by Nandita and Paresh as an outsider who shouldn’t qualify for the post of the village head. After seeing all the terrible things in her village, she wanted to work for people’s welfare and ran for the post of the sarpanch. She supported the farmers’ cause and was eventually appointed as the sarpanch for being considerate towards their needs.

Here’s wishing Akshaya a very happy birthday! Pour in your birthday wishes for the talented actress in the comments box below.

If you miss watching Tuzhat Jeev Rangala, check out all the episodes of the show streaming for free on ZEE5.