The men of the night 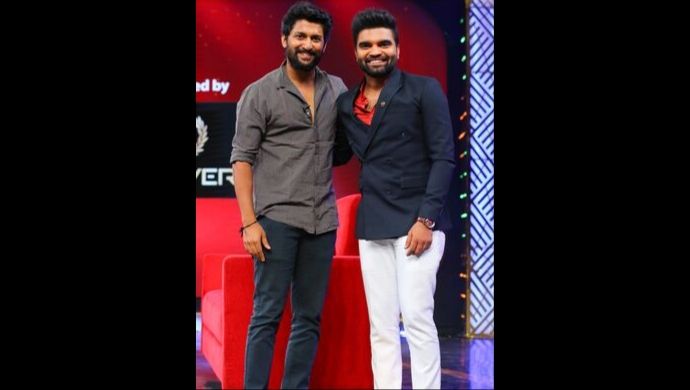 Get ready for an action-packed and entertaining weekend. Because popular host Pradeep Machiraju brings Natural star Nani to his cosy yet controversial couch in the chat show, Konchem Touch Lo Unte Chepta. The year 2019 has been rather eventful for Nani. He kick-started it with his sports-drama, Jersey which also starred Shraddha Srinath. Now, only a few months later the actor is all set with his next release, titled Gang Leader. Seemingly one-of-a-kind revenge-thriller, the trailer of Gang Leader is making our wait longer. In the meantime, watch Nani in other films here. 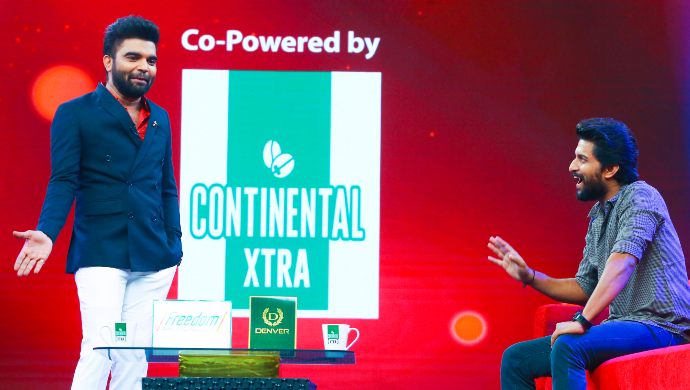 Pradeep’s chat show, KTUC, is successfully on its fourth season. That means, there is something about this show that keeps us and the stars coming back. And that something is his quirk. You will laugh it until your stomach hurts and enjoy an hour of pure entertainment. He seems to be entertaining his guest for the evening just like that. 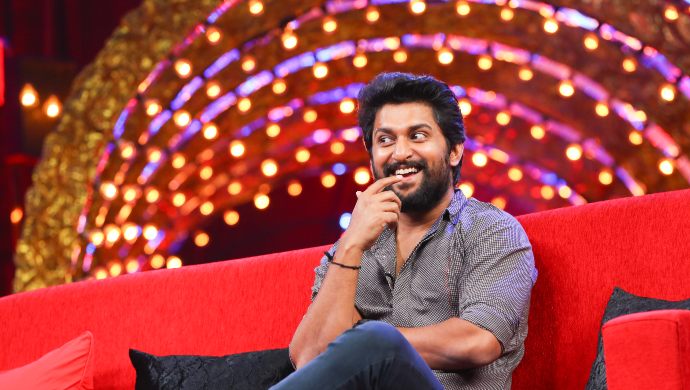 The above picture of Nani is too cute to handle. But we wonder what the secret is that Pradeep got his hands on about Nani, for him to wonder so much. 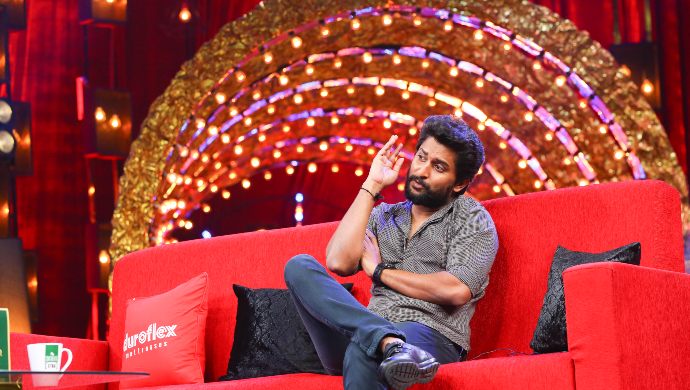 This picture tells us that Nani narrates one of his extraordinary stories. And we’re really curious to know what he has in store for us this time. 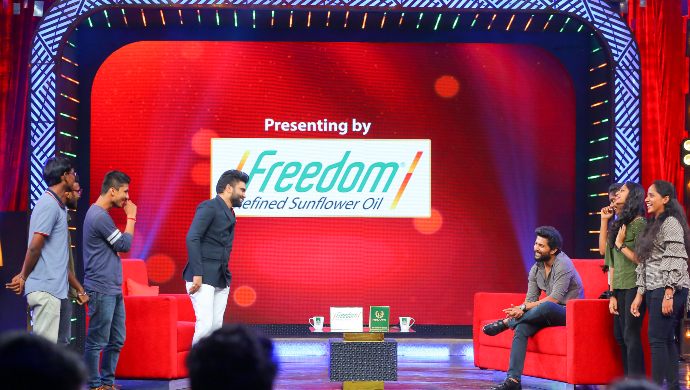 One of the best things about being on the sets of Pradeep’s KTUC is the opportunity to witness uber madness in person. That’s an experience in itself, we’re sure. A few lucky mates got an opportunity to meet Nani on the sets. 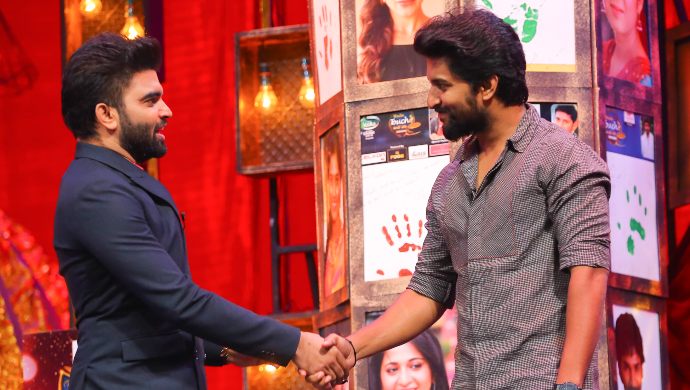 Finally, the gala time comes to an end as Pradeep takes Nani to the signature wall with a signature handprint, which will be framed as a memory for seasons to come.

Set your calendar to remind you about this episode of Konchem Touch Lo Unte Chepta on 14 September 2019. For more entertainment, check out ZEE HEROES on ZEE5.