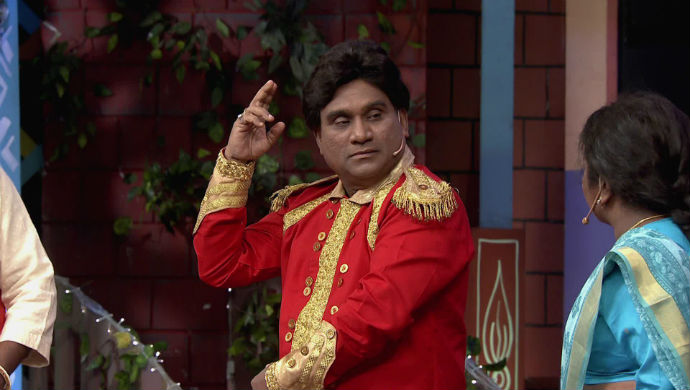 In the latest episode of Chala Hawa Yeu Dya, popular Marathi actors such as Makarand Deshpande, Vaibhav Mangle and Tejashri Pradhan among others were featured as they promoted their latest plays. Comedians Bhau Kadam and Shreya Bugde put up a skit titled ‘Atya‘ which was a parody on Makarand’s film Satya. The episode started with Bhau mimicking guest star Vaibhav and his act will definitely leave you in splits.

2. Atya gets attacked by goons 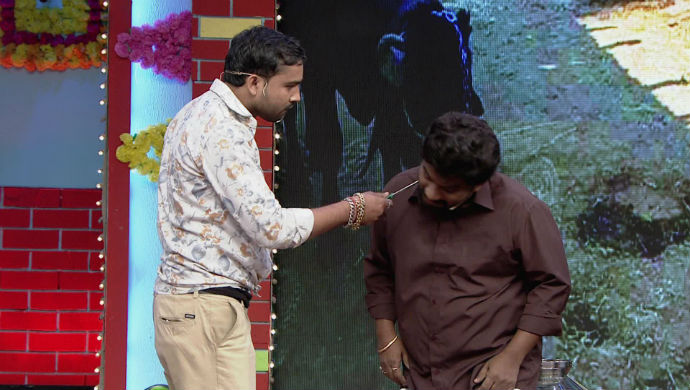 Bhau plays ‘Atya’ in the play and gets mobbed by a bunch of goons. In a hilarious scene, when a goon points a knife at him, Atya puts his face forward and shaves himself with it. Lol! Later, Atya takes the knife from the goon and acts all macho without realising that he has stabbed himself. Haha! 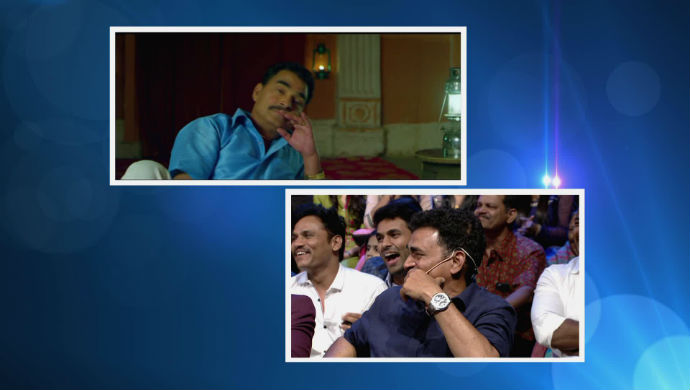 Atya left the audience confused when he offered his condolences to guest star Sayaji Shinde, on his break up with Anushka Sharma. When asked to explain himself, he said that in the Break Up song from Ae Dil Hai Mushkil, she sings, ‘Mere Sayaji Se Aaj Meine Break Up Kar Liya.’ Lol! They even show a clip of Anushka’s song, merged with a still of Sayaji, from one of his films. Don’t miss it! 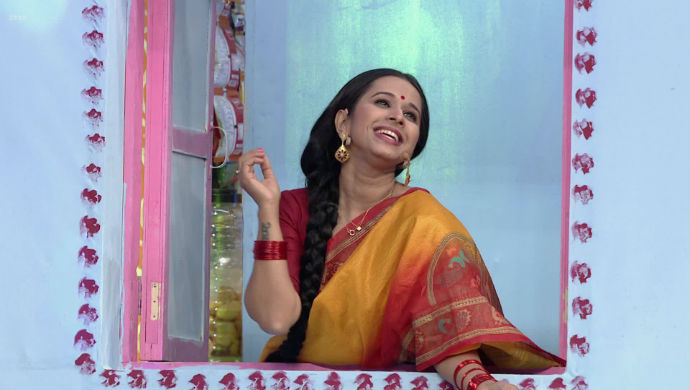 Shreya Bugde played Urmila Matondkar aka Vidya and made a filmy entry on the song ‘Paani Paani’ from Satya.  Atya resorted to his antics and started collecting rain water and told Vidya that his water crisis is sorted and she can keep singing Paani Paani if she wants. LMAO! 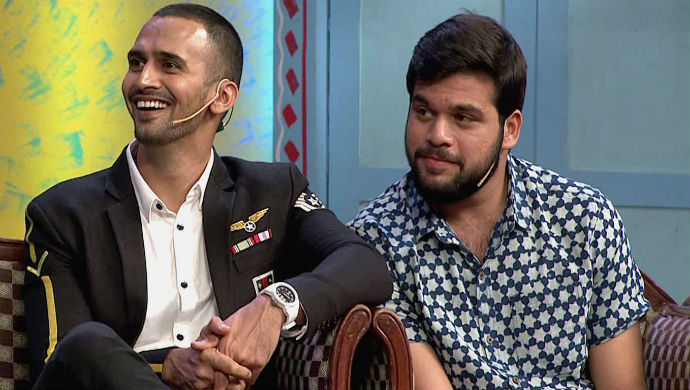 Vidya’s son entered the scene, as a mute boy. He kept acting out his question, wanting to know where Atya had come from and how he got here. Atya said he was confused and asked Vidya to let him know what her son is talking about. But instead of saying the words, she did the same action as his son. ROFL!

Watch the episode and let us know about your favourite moment from the show in the comments section below.

Catch all the episodes of Chala Hawa Yeu Dya, streaming for free on ZEE5.