Birthday Special: From Girl Next Door To Glam Queen, Rakul Preet Is A Phenomenon

Blossoming into a boss lady 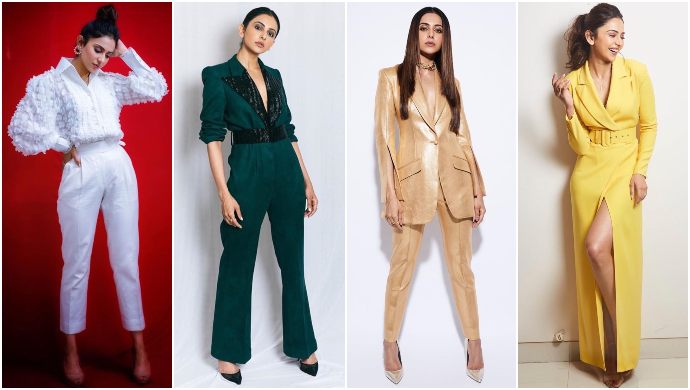 Born on 10 October 1990 into an Army family was a phenomenon named Rakul Preet Singh. Today, she turns 29. Wanting to give a random shot, Rakul Preet ended up bagging five beauty pageants altogether. And then she hopped, skipped and jumped her way into the glitzy and glamorous world of films, after completing her Mathematics Honours. A short stint in a Kannada film, a rejected Puri Jagannadh project, a Telugu film that didn’t do well, finally Rakul hit the bullseye with the Bollywood movie Yaariyan.

Since then, she moved her base to the South of India and made a dent in all the industries. Once again, she bounced back to Bollywood and arrived with a bang. Now, we await to see her conquer the international screens. And it’s safe to say that the day won’t be too far. Clearly, this little girl has blossomed into a true-blue Boss Lady! Just like her career choices, her sartorial assortments have defined the phenomenon that she is! 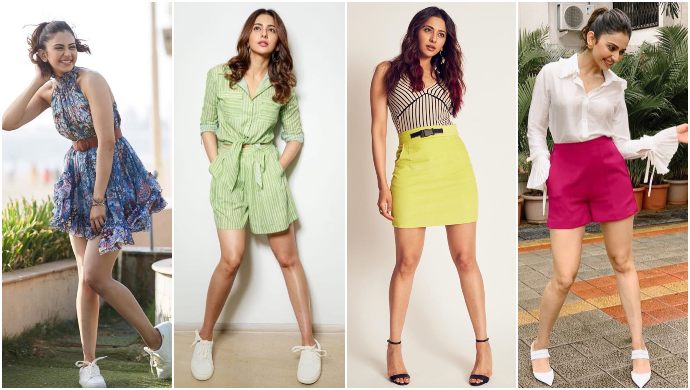 Rakul Preet Singh is admittedly a lover of the healthy lifestyle and all things good. It’s no surprise we all fall for simple things such as her eyes and her smile. It’s probably the wholesome goodness in her. Fashion for her doesn’t need any effort at all, it’s just a way of life.

Add some spunk and rock it on 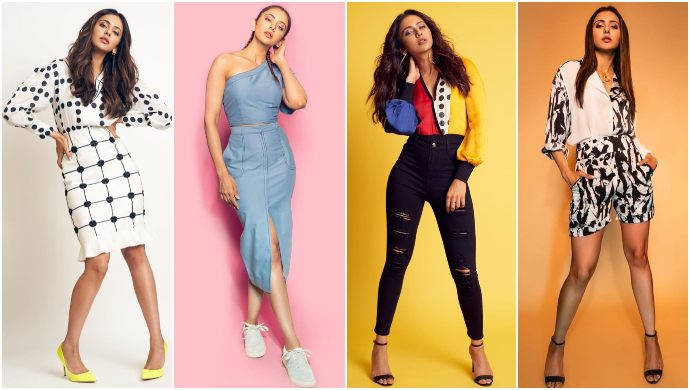 This chica knows her way into the fashion alleys and it’s not too hard to guess. From outfits inspired by visual illusions to mixing-and-matching bright colours all at once, this – ladies and gentlemen – is what sets her apart.

Too ritzy for basic traditional attire 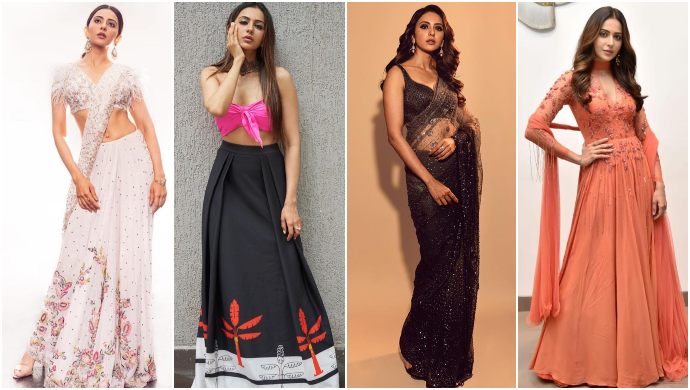 Rakul Preet is young and beautiful, and contemporary is not just her era but also her style. This beauty is too good to stick around with the quintessential traditional works. Of course, whenever you can – spice it up! That’s exactly what she does. She turned a simple white saree into a glamour statement and underplayed the black chiffon saree to bring out the oomph with her sultriness. The tales of her guts go on. 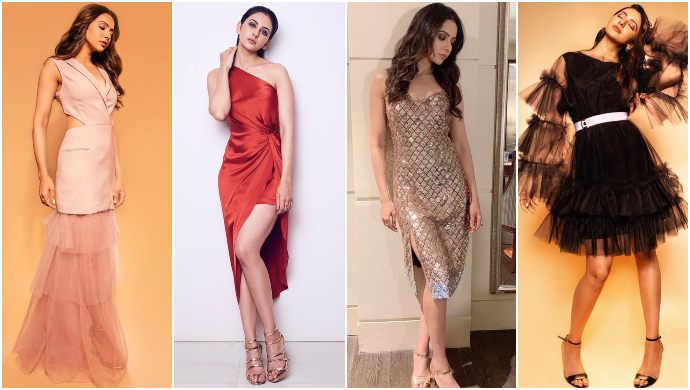 Everything is available at your fingertips and the celebrities are more than the people you watch on the big screen, once in a while. We’re all connected and we’re all out there. In such a time, most celebs try to put their best foot forward and compete with the best of the bests. We are now used to elaborate fashion, every now and then. And just when you expect that Rakul walks in with a breath of fresh air with her choices. The wise once said, less is more and Rakul’s fashion is living proof.

Making a style statement on the red carpet 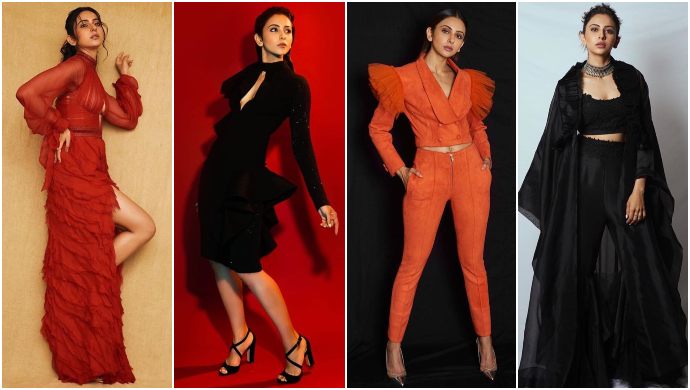 Smokin’ hot! These are the first words that come to mind when we look at Rakul.

Black and red are the most attention-grabbing colours. So, going wrong with them is more easy than everything else. Is that why Rakul loves these tough choices? We totally think so. This boss lady not only rocks the dark and deep hues but she also experiments with them – time and time again. Man, she can wear drama on her sleeve and turn heads around at every step. 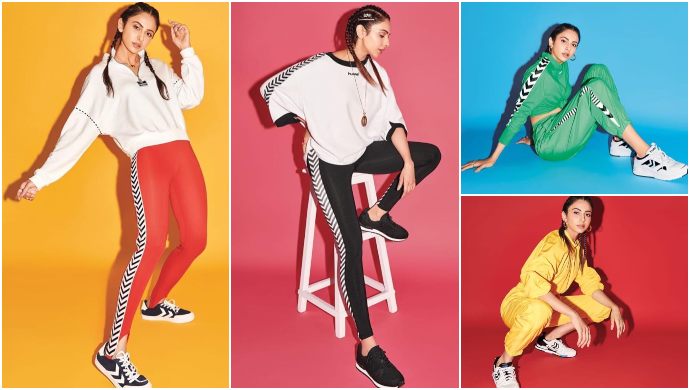 Rakul can pull off anything with elan. Whether it’s wearing heels and a gown or a pair of casual track pants and a t-shirt, she can look equally edgy and fashionable. You name it and she’s got it all! That’s a phenomenon we love, respect, cherish and enjoy.

Wishing this bomb chica the happiest birthday ever! Watch her films on ZEE5 now.