‘Old is Gold’ – fo’ sho’! Be it old songs, films, you just can’t get enough of it. Talking about songs, it was not only the audio which made us love but also the video which showcased the innocent yet beautiful chemistry between the main characters of the film. We miss the innocence in the current songs. With changing times, people love switching to other formats of entertainment such as short films, web series. Zee5 has one such realistic love story in the form of Baarish and Chowmein that features Taapsee Pannu and Amit Sadh.

Directed by Tighmanshu Dhulia, who is known for his political dramas, Baarish Aur Chowmein is a short film where the two main characters belonging to two different religions fall in love with each other. While shooting for a romantic scene Taapsee remembered a scene from a classic film. She said, “It’s the first time I have shot a typical Bollywood romantic moment in the rain. So automatically my mind travelled back in time to that moment in Raj Kapoor’s Awara, which I believe every actor has seen and been in awe of. It might be very cliché but still has the power to create that magic it did years back.” Here’s the still of the scene: 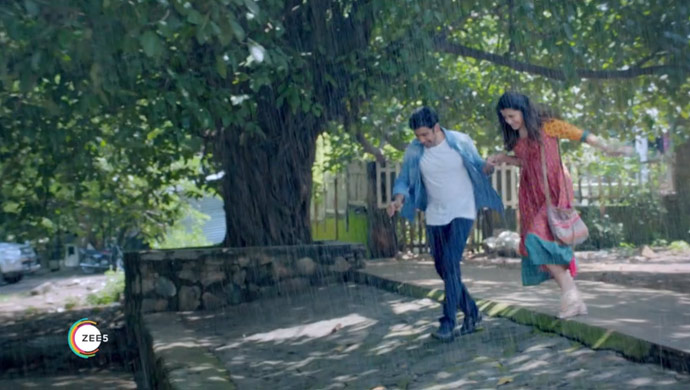 As Pannu said those were the golden days and whenever we see a scene which resembles that movie, it directly hits the nerve and we get lost and travel back to the good old days. Baarish Aur Chowmein is one such movie you will enjoy watching.

Have you watched the movie? If yes, then let us know how was it in the comments section below.