Atul Kulkarni, Vaibhav Mangale: Actors Who Dressed Up As Women For Their Roles Like Adwait Dadarkar Aka Mazhya Navryachi Bayko’s Saumitra

Here are some actors who played the role of a woman to perfection just like Adwait Dadarkar as Pinky.

Mazhya Navryachi Bayko‘s Saumitra has stood by Radhika’s (Anita Date) side through thick and thin. From helping her start a new chapter in life to understanding her reservations against Gurunath, Saumitra has been with her. In the current track of the show, we saw Radhika looking for someone who could fool Gurunath (Abhijeet Khandkekar) by pretending to be Pinky. She couldn’t afford Pinky’s real identity being exposed as their extensive plan to bring down Gurunath would have failed. Radhika, therefore, wanted someone who could understand the gravitas of the issue and do the job perfectly. That’s when Saumitra rose up to the occasion and agreed to play the part of Pinky!

Watch the episode where Saumitra dresses up as Pinky.

Playing Pinky was a task but Adwait Dadarkar has managed to win hearts with his effortless performance. The actor has already proved his mettle on the show by portraying Saumitra. He has now got an opportunity to show off his acting brilliance yet again by experimenting in the role of a woman. Adwait will now be seen dressed in women’s clothes and troubling Gurunath in the battle of wits as Pinky. Apart from Adwait, there have been other actors who pushed their envelope by dressing up as women. Let’s look at three such actors who played iconic roles of a woman.

Atul Kulkarni made headlines for playing the role of a crossdressing Tamasha artist in Ravi Jadhav’s Natrang. His daredevil decision to play a crossdressing character was appreciated by many since the actor was responsible for shedding light on the social stigma surrounding them. Atul also had to sacrifice his perfectly chiseled body to transform into a lean Tamasha artist for this role which later won him accolades in several film festivals and award ceremonies.

When Vaibhav Mangle was presented the chance to play a crossdressing character in Mazhe Pati Saubhagyavati, he didn’t look back. The actor made the most of the opportunity provided by the director Mandar Devsthali and managed to entertain everyone with his acting talents. Vaibhav was seen as a subdued woman on the show opposite Nandita Dhuri. We still can’t get over the fact of how easily Vaibhav could enter the skin of a woman. 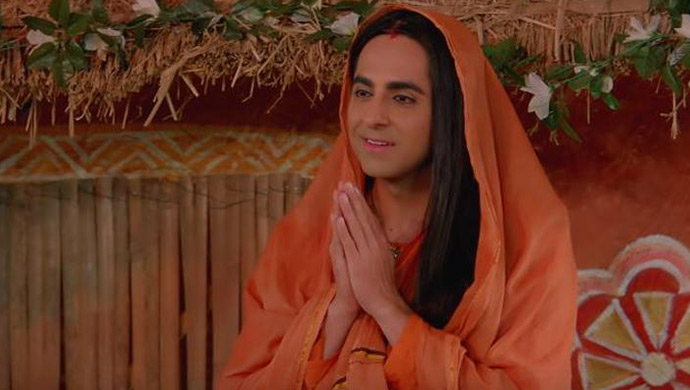 This list would remain incomplete if we didn’t include Ayushmann Khurrana in it. Known for his unusual choice of roles in Bollywood, Ayushmann managed to slay it when he was asked to dress up as a female character in Dream Girl. The versatile actor was cast in the role of Karam who is forced to masquerade as Pooja in order to lure more clients at work. Ayushmann was phenomenal yet again with his hilarious antics as he played the role of Pooja to perfection. We couldn’t imagine anyone better than him for the role, can you?