5 Subtly Funny Scenes In Nakshatram That Will Make You Giggle

1. The most 'heroic' entry of all times 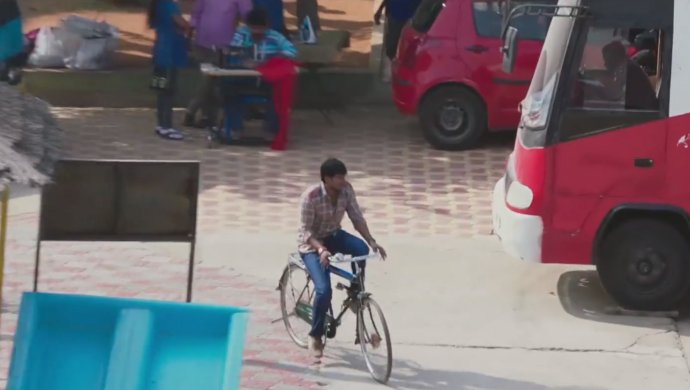 Action drama Nakshatram, which released in 2017, is a multi-starrer film featuring Sundeep Kishan, Regina Cassandra, Prakash Raj, Pragya Jaiswal and Sai Dharam Tej in the lead roles. But despite being loaded with action, especially in the second half, the film has banked up on enough scenes that aren’t outrageously funny but still make you laugh, unintentionally.

When Jamuna (Regina) is locked up by her boss (played by Viva Harsha) in a caravan, she sends Rama Rao (Sundeep) a video message taunting him for leaving her alone. And Rama Rao, being the extraordinary hero that he is, takes a cycle (the only means of travel he has) to rescue his girl. When he reaches, his girlfriend greets him with endless taunts and hits him with a rod, instead of letting him take care of the bad guys. 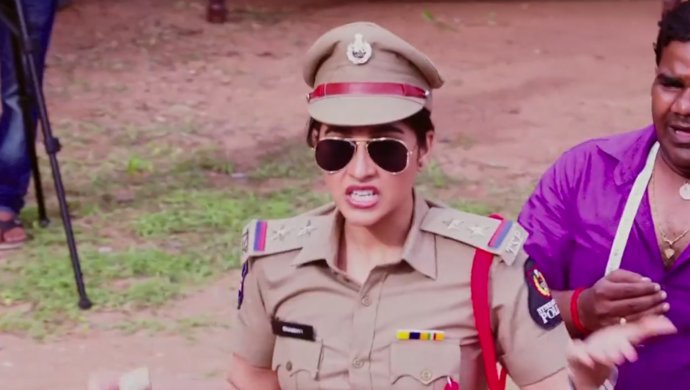 Jamuna is an artiste in the film industry and hence gets to dress up in various avatars. In her locality, people look forward to seeing what she will wear the next day. She is also the topic of conversation of the neighbourhood, something she doesn’t appreciate. Once when Jamuna gets the opportunity to dress up as a police officer, she makes a powerful entry on a bike and yells at the neighbourhood women to stop their nonsense and get to work. They had been shooting for a cookery show, Maa vuri vanta, which Jamuna calls ‘Maa vuri vanta maa intlo penta’ (My village’s food and my house’s crap). 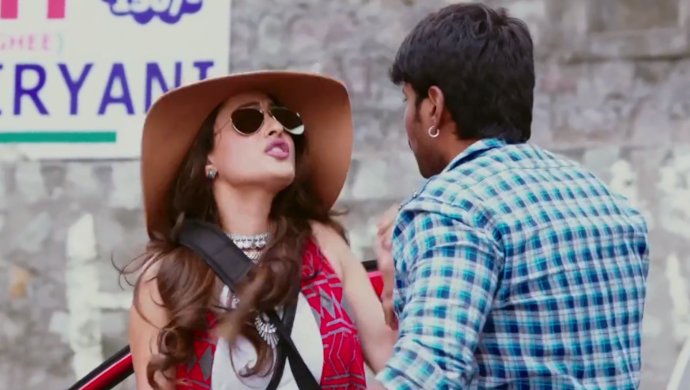 IPS Krishna Reddy (played by Pragya Jaiswal) is initially shown to act as a petty thief. Rama Rao is given the duty to get hold of this thief and bring her to the police station. After struggling for two days, he finally finds her and asks her to surrender. Krishna denies, so he tries to drag her. At one point, Krishna addresses him as ‘bro’. Rama Rao, who was so far finding her to be hot, is almost shattered. But instead of lingering on to that feeling, he gets back to work with more dedication. 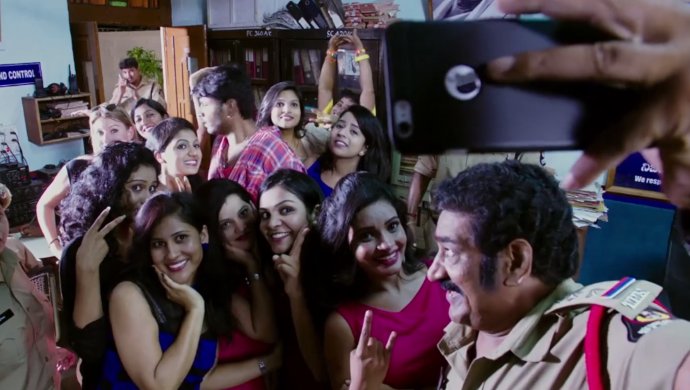 A bunch of girls bring Rama Rao to the police station because he let a thief (Pragya) steal their cellphones. Rama Rao, who was completely unaware of this fact, tries telling the girls that he didn’t mean to help the thief and was clueless about her being a thief. But the girls refuse to listen. So senior inspector Ramdas (played by Raghu Babu) tries to shut them up. After a few failed attempts, he pulls out his phone and says “Selfie”. Somehow, this trick gets all the girls to smile and pout and shut up. 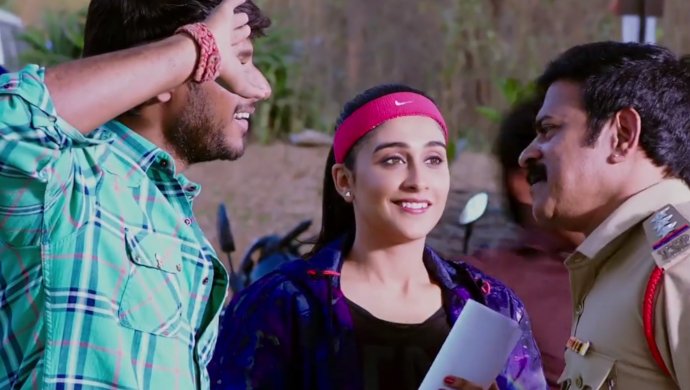 Rama Rao loathes the Britishers even decades after they have left the country. His lack of knowledge in English becomes an obstacle for him becoming a sub-inspector. Finally, he learns the language and gets ready to attempt the exam. His uncle asks if he will clear it this time at least, and he responds saying: “Betty bought a bit of butter, but the butter was so bitter, so she bought some better butter to make the bitter butter better.” He further adds, “I can walk English, I can talk English, I can dance English, I can run English, I can write English.” We’ll let you take a wild guess on who cleared the exam this time! *wink, wink*

Looking for something that will shake your ground, not with action but with comedy? Watch Brother of Bommalli on ZEE5.