At the big launch of ZEE5 Super Family League, Preeta came together with Ranbir, Anupriya, Sherlyn and Choti Guddan. Preeta, when asked about her choice regarding favourite pati, said she shares a good bond with Abhi though everyone said she should stick to Karan. Interestingly, she also mentioned that Abhi bonds right with everybody on this Earth as he is very friendly and cool too. When Choti Guddan was asked to find a pair for Preeta, she hilariously said that Preeta liked Agastya and wanted him to be paired with her. Sherlyn also agreed to the same and said that Agastya has a very similar nature to Preeta and therefore they would be the right pair.

Someone who was extremely upset was Ranbir as his name was not taken. To which, Preeta said that she would love to get paired with Ranbir too. Preeta also asked fans to choose anyone from ZEE5 star family with her as she would like to see new jodis in the ZEE5 Super Family League. When Choti Guddan was asked to choose between Agastya and Abhi, she said she is in dilemma but later settled on Agastya.

Your favourite ZEE5 stars also shared excitement of how they look forward to being selected by their fans in their different families. They also shared how their fans have been tagging them on social media telling them how they have selected different stars for their families.

The all-new ZEE5 Super Family League (ZSFL) allows fans to pick and choose some of their favourite characters across multiple ZEE shows. The characters have been divided into different categories. Fans have to select their favourite character and put bets on them about how they will act in the upcoming episode. Roles such as Bahu, Beta, Dost, Saas, Patni, etc. have been listed down for fans to choose from one. Who will you pair with Preeta in your family? 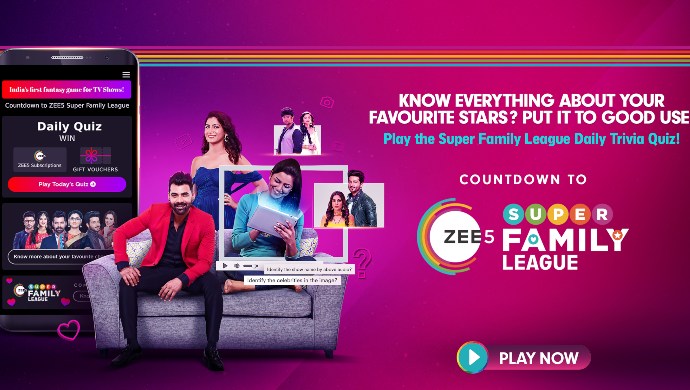