Zee Rishtey Awards 2020: Take A Look At Your Favourite Bahus Who Turned Into Divas On The Red Carpet

We cannot get over these glamorous looks by our favourite bahus at Zee Rishtey Awards. Take a look at how they ditched their usual avatars and strutted in style in some stunning ones instead.

Zee Rishtey Awards is the most awaited ceremony of the year. Fans look forward to this event where they get to see all their favourite stars come together under one roof. While the performances and comics acts are thoroughly entertaining, we just cannot get over how glamourous everyone looks at the event, especially the bahus of Zee Parivar. Take a look at our favorite bahus who turned into stunning divas for the Zee Rishtey Awards in the past.

Shraddha Arya aka Kundali Bhagya’s Preeta who is generally seen in salwar kameez on her show stunned everyone with this look of hers. She looked gorgeous in this purple ensemble which has a low cut blouse and a stylish skirt. Take a look at her outfit below. 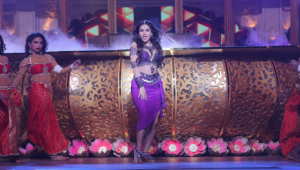 Kanika Mann or Guddan of Guddan Tumse Na Ho Paayega fame was all dolled-up for the Zee Rishtey Awards. She looked amazing in her hot pink ensemble and her hairstyle was definitely the highlight of her outfit. Generally seen in ethnic wear on her show, Kanika certainly turned into a diva for the award function. 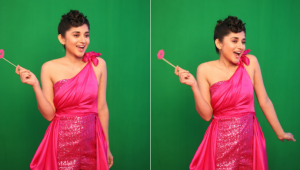 Sriti Jha aka Pragya is normally seen in sarees and salwar suits on Kumkum Bhagya. Well, gone are the rimmed spectacles and the traditional attires as Sriti has ditched her image for something glamorous instead. Both her looks – an ethnic red ensemble and a dark blue sequined dress made her look like a true blue diva. 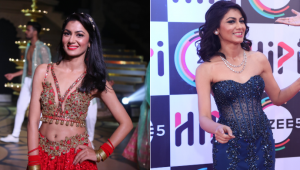 Ankita became a household name after her hit show Pavitra Rishta. She would mostly wear very simple sarees on the show and even though the show has ended, Archana’s saree looks will never be forgotten. Turns out, she not only looks beautiful in sarees but can also effortlessly pull off westerns attires. Take a look at the picture on the left side 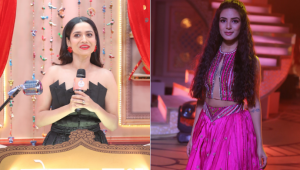 On the right side of the above picture is Nikki Sharma aka Brahmarakshas 2’s Kalindi. She is generally seen wearing Kurtis on the show but has stunned us with her magenta ensemble for the Zee Rishtey Awards. Her costume looks super stylish and trendy. Even though she is not a bahu (yet), she had to be on this list!