Yeu Kashi Tashi Me Nandayla: Will Nalu Have A Change Of Heart After Seeing Sweetu’s Concern For Omkar ?

Sweetu’s presence will be requested by a big client and Omkar will come to take her. Seeing Sweetu’s hurry, and Nalu lets her go.

In the latest track of Yeu Kashi Tashi Me Nandayla, we have seen how Malavika has insulted Nalu not once but twice and has called her and Sweetu all sorts of things. Malavika even went as far as telling Nalu to break her friendship with Shaku. It was then when we saw a tougher side of Nalu who told Malavika that she will not send Sweetu to the Khavilkar’s but she will not break her friendship with Shaku. In the coming episodes, we will see how Sweetu’s presence will be requested by a big client and Omkar will come to take her. Seeing Sweetu in a hurry, Nalu lets her go.

Sweetu tells her mother that it is important that she go because Omkar has always been there for them when they have had the need and now it is Sweetu’s turn to return the favour. Convinced by this logic, Nalu hesitantly lets her go. But we see Sweetu in a troubled state and desperate to leave. In future episodes, if Sweetu’s desperation to see Omkar and Shaku becomes more and more evident to Nalu, then we think that she might give up her anger because we know that Nalu’s heart resides with Sweetu. And if she sees her daughter unhappy for so long, she is bound to give up. 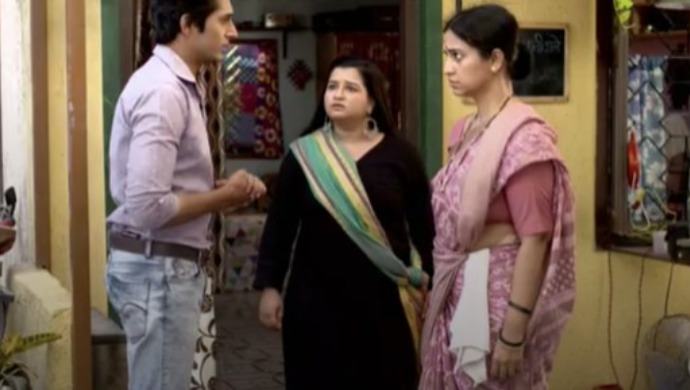 Also read: Diptii Kektar Aka Shaku From Yeu Kashi Tashi Me Nandayla Is A Diva In Reality And These Pictures Are Proof!

The client will ask Sweetu to stay till the project is finished, which means Omkar and Sweetu will again see each other often. This could also result in them getting closer than ever before. Nalu could see this and give up on her anger if Omkar is the one that makes Sweetu the happiest.

We have seen how tough Nalu can be, and if she decides that she will let Sweetu and Omkar come together, she could join forces with Shaku, her best friend and come up with a plan to get these two together, without Malavika getting in between them!

We have heard of Shaku and Nalu’s tales of friendship, and it could be amazing to see them put their minds together to bring two soulmates together. Shaku would love this most definitely as she already suspects Omkar to have feelings for Sweetu and in the coming episode, he will also be seen admitting to these feelings!

To know what Nalu does next, watch Yeu Kashi Tashi Me Nandayla on ZEE5.