Yeu Kashi Tashi Me Nandayla: Will Malavika’s Harsh Words Make Sweetu To Distance Herself From Omkar?

Malavika does not like Sweetu or the Salvis and she does not want Omkar’s attention to be on Sweetu. But in the most recent episode, we think she takes it too far.

In the most recent track of Yeu Kashi Tashi Me Nandayla, Sweetu and her family are relieved after Omkar saves Sweetu from the fraud guy that Sushil was. Malavika is upset with Omkar for being absent during the press meet of his engagement announcement and asks him to promise her that he will marry the girl she chooses. Now, when Sweetu gets back to her office life, Malavika spends the whole day picking on her. Malavika does not like Sweetu or the Salvis and she does not want Omkar’s attention to be on Sweetu. But in the most recent episode, we think she takes it too far.

Malavika is always going on and on about class and her words always pierce like glass, but this time, she says words like, “tula tujhi jaaga maahiti havi,” (you should know your place) and she also tells Sweetu that she should consider herself lucky for being treated so well. Malavika tells Sweetu that just because she is living with them does not mean that she should start thinking, acting and dreaming of their class. She could address Malavika, Omkar and Momo as “ma’am and sir.” 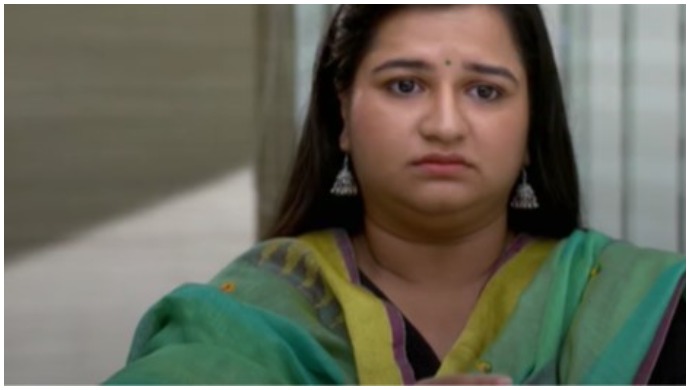 Being the head of a fitness group, Malavika takes fitness and body image very seriously. In this episode, Malavika tells Sweetu that she must not dream of 2 lakhs when her salary is 20 thousand rupees. And instead, she should open her eyes and take a good look at herself in the mirror. She does not directly call Sweetu fat or ugly, but the way she talks, with a disgusted look on her face, makes it very evident. 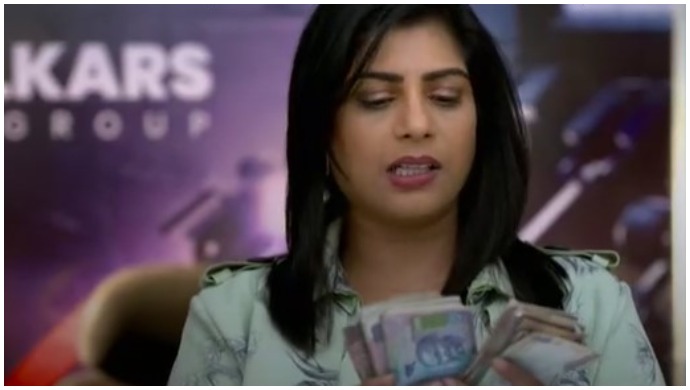 Malavika along with Mohit call Sweetu to her office while the rest of the office is enjoying the news of their salary being debited to their account. Malavika and Mohit give Sweetu her salary in cash and then begin to deduct money for some reason or the other. Once they are done deducting the money, Sweetu is left with just a hundred rupees note in her hand! This is extremely insulting and a move that is completely unjustified. Knowing that Sweetu’s family is already struggling financially, this move just makes Malavika a villain.

Sweetu cries silently in her office. In the past couple of episodes, we have seen how Sweetu has been quiet and going along with everyone’s opinions without voicing her own. Will this bring back Sweetu’s smartness and will she be able to fight for herself and her salary against Malavika? Or will Sweetu end up addressing Omkar as “sir” and realising the difference between them and take a step back from him for good? Omkar will soon be properly engaged to Momo. Malavika’s words could pierce Sweetu and she could definitely distance herself from him. We’ll find out soon!

For more, watch Yeu Kashi Tashi Me Nandayla on ZEE5.