Read to find out all the fairytale-like moments we’ve seen on Yeu Kashi Tashi Me Nandayla!

Yeu Kashi Tashi Me Nandayla is predominantly the story of Omkar and Sweetu, who come from two different worlds and fall in love slowly. They become friends very easily and very naturally begin to understand each other. Soon they grow fond of each other but people from their families are not too keen on their marriage. One is Malavika and the other is Nalu. There’s also Mohit who wants to marry Sweetu and Momo who wants to marry Omkar for money. While these four characters constantly get in the way of Sweetu and Omkar’s happiness, they have still found a way to love each other and give us some fairytale-like moments on the show! 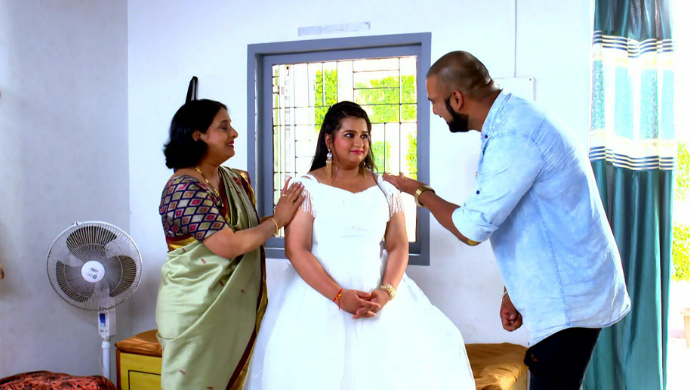 Omkar gifts Sweetu a white gown and asks her to meet him with it on. Sweetu loves how gorgeous it looks but is worried about her weight and it not suiting her. So she decides against it and gazes at it sadly. Just then Shaku and Rocky swoop in and hype Sweetu up. They make her feel more confident and special and convince her to wear the dress. Shaku even helps her get ready and places a tiny tiara on her hair like a princess. Is anyone else reminded of the fairy godmother in Cinderella or is it just us?

Also read: Yeu Kashi Tashi Me Nandayla: 5 Instances That Prove Mohit’s Plans Of Marrying Sweetu Have Only Got Sweetu-Omkar Closer! 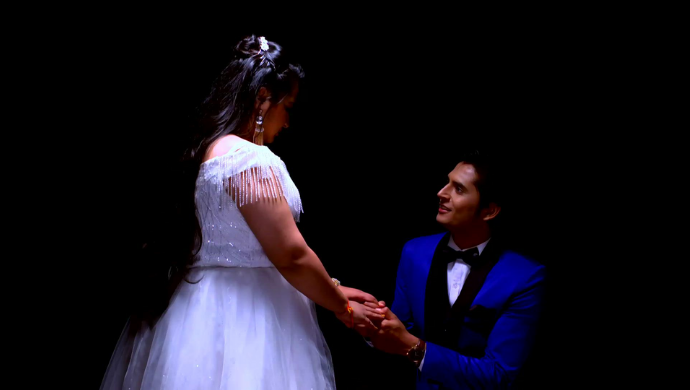 No frills or roses, Omkar chose a secluded location with a spotlight on the couple to propose to Sweetu. He made it special by gifting Sweetu a white gown and dressing in a blue suit himself! He made Sweetu feel extremely special throughout the sequence and eloquently confessed his love for her. It was a magical moment and it definitely made Sweetu forget all about her promise to her mother!

Also read: Yeu Kashi Tashi Me Nandayla: Omkar Isn’t Engaged And The Ball’s In Sweetu’s Court; Here’s What Could Happen Next!

When Omkar and Jadoo find Sweetu 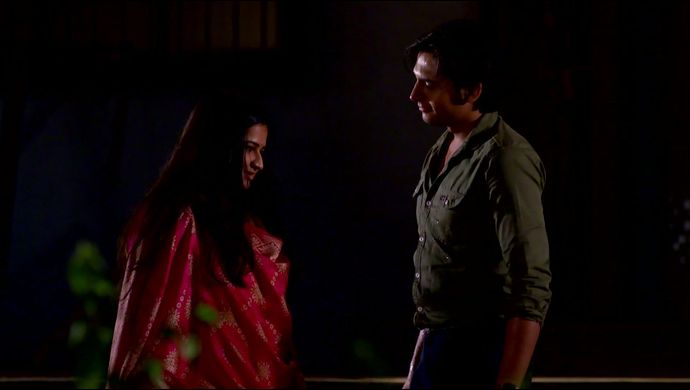 Mohit is angry with Sweetu for spending too much time with Omkar so he drives her to an unknown location in the evening and insults her before leaving in the car. He does not take Sweetu in even though it is late and it’s an unknown location, where Sweetu’s safety is under threat. Luckily, Omkar gets a feeling that Sweetu might be in danger. Omkar and Jadoo come to Sweetu’s rescue and Jadoo finds her by tracing her smell. Omkar safely gets Sweetu home and everyone is happy!

Also read: Here’s How Shubhra, Sweetu, And Manasi Seem To Be Avoiding Their Biggest Problems Lately! 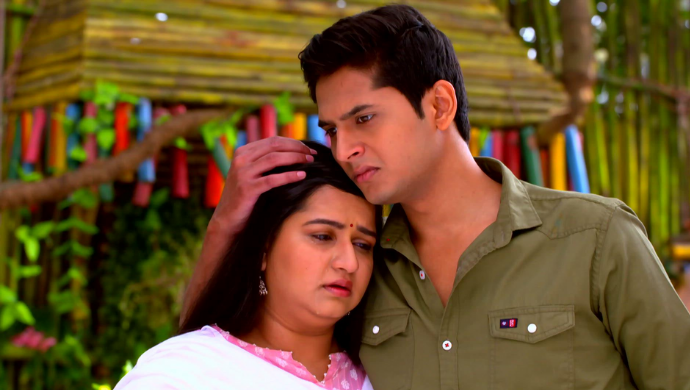 Sushil acts like a nice person and someone who is interested to marry Sweetu but he turns out to be a fraudster. Omkar and Chinnya try to tell this to the Salvis but no one listens to them. This results in Omkar following Sweetu to the cafe where she is to meet Sushil. There Sushil reveals his true colours and misbehaves with her but Omkar fights him and saves Sweetu. He also lends her his jacket and takes her home on his bike. Isn’t that cute?

Also read: Yeu Kashi Tashi Me Nandayla: The Truth About Momo And How She Can Still Get Omkar!

When Sweetu dances and Omkar looks at her with adoration 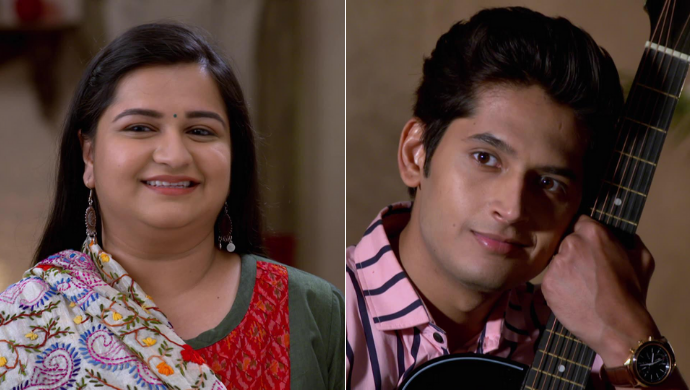 If you have watched Disney’s Tangled, you know that look Flynn Rider gives to Rapunzel when she is busy admiring the lanterns? That’s the exact look Omkar has on his face when Sweetu is dared to dance during a game. The Salvis and the Kahnvilkar’s are spending time together and playing Passing the Parcel when it isSweetu’s turn and she is asked to dance. Sweetu chooses ‘Piya Tose Naina Lage Re’ and does a classical dance performance on it. It leaves everyone mesmerised, but especially Omkar!