Yeu Kashi Tashi Me Nandayla: Here’s Why We Feel Shaku Has All The Traits Of An Atypical Sasubai

Fans are loving Shubhangi Gokhale’s portrayal of an atypical sasubai in Yeu Kashi Tashi Me Nandayla and we think she will totally ace as one. Read on!

Zee Marathi’s new show titled Yeu Kashi Tashi Me Nandayla has already garnered a huge fanbase owing to its fresh storyline. It revolves around the relationship between a mother and her daughter-in-law. It addresses many pressing subjects such as body positivity, etc. Fans are especially loving Shubhangi Gokhale’s portrayal of an atypical Sasubai and we think she will totally ace the character.

Here’s why we think Shubhangi Gokhale’s character Shaku will ace as an atypical mother-in-law:

1. She is not judgmental

Unlike most of the mothers-in-law shown in television serials, Shaku does not judge Sweetu for anything. Be it her clothing choice to eating habits, Shaku does not criticize or rebuff Sweetu for the decisions she makes. She instead encourages Sweetu to follow her heart.

2. She doesn’t have a materialistic mentality 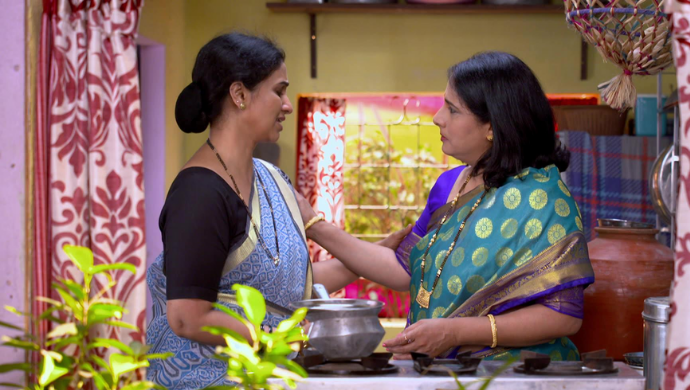 3. She does not care about what people say

We often see in saas-bahu shows that the mother-in-law is so concerned about ‘log kya kahenge’ that she ends up compromising with everyone’s happiness. Shaku isn’t like that, she couldn’t care less about what people have to say and only cares about her family.

We’ve seen so many shows in which the bahu has to give up her aspirations and dreams at her sasu’s behest. Shaku is quite the opposite of that, as she is very supportive and encourages Sweetu to pursue her dreams. Won’t she make for a fantastic mother-in-law?

5. She does not differentiate between the rich and poor

Money has always been a big deal-breaker when it comes to a relationship. We’ve seen how the boy’s mother never accepts his love interest only because she hails from a poor background. Shaku isn’t like that at all, she is in fact best friends with Sweetu’s mother and doesn’t care about their financial status.