Yeu Kashi Tashi Me Nandayla : As Malvika Plans To Announce Omkar-Momo’s Engagement, We Got Some Ideas To Foil Her Plan

We want nothing more than for Omkar and Sweetu to unite. That’s why we have a few ideas to foil Malvika’s devious plan to announce Omkar and Momo’s engagement.

In Yeu Kashi Tashi Me Nandayla, Malvika is all set to announce Omkar’s engagement with Momo. Unbeknownst to this, Omkar is falling for Sweetu. In a surprising turn of events, Shaku and Sweetu come to know about Malvika’s plan but she shuts them up. We want nothing more than for Omkar and Sweetu to unite and for this, Malvika has to stop. We have a few ideas to foil her devious plan, read on below.

1. Shaku can cause a commotion

To avoid Shaku from opening her mouth, Malvika locks her in a room. As Shaku is adamant about stopping Malvika, she can cause some sort of commotion from her room. This is sure to disrupt Malvika’s press conference and she won’t be able to make her announcement.

2. Press people can be asked to let go

Sweetu knows that Omkar will not be happy with Momo. She cares for him deeply, therefore, has a motive to stop Malvika. If she somehow manages to get rid of the press, Malvika will not be able to make her big announcement and thus her plan will get foiled. 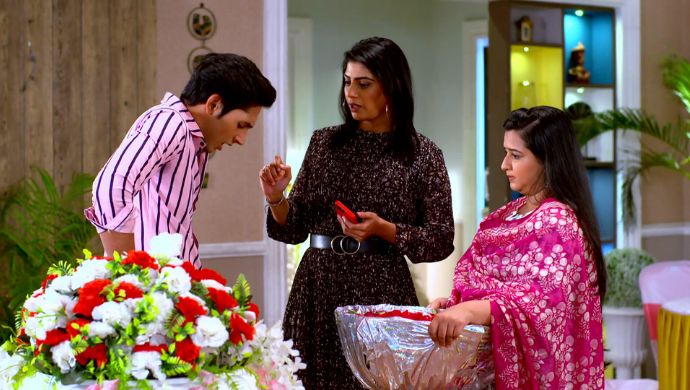 3. Sweetu can talk sense into Momo

There is absolutely no use in talking to Malvika, as she is blinded by Momo’s money. But there is still hope for Momo to change. If Sweetu makes her realize that she (Momo) is about to marry a man who will never love her, she might change her mind about the marriage.

Malvika’s live-in boyfriend is quite gullible and impressionable. The poor man has no ulterior motive to hurt anybody. He is just under the bad influence of Malvika. As his mind is easy to change, maybe Sweetu can talk to him and take his help for stopping Malvika.

5. Omkar can find out

If none of these ideas work, the best way to foil Malvika’s plan is to tell Omkar. He will never agree to marry Momo as he has feelings for ‘another girl’ and will surely call out Malvika. Her plan might even prompt Omkar to come clean about his feelings.

Do you think Malvika will succeed with her plan or you think it is bound to get foiled? To find out, stay tuned to watch Yeu Kashi Tashi Me Nandayla.