With Swetha’s pregnancy in picture, Muthurasan’s loyalty is in doubt but here’s why it shouldn’t be the case.

While we are all praises for Vennila’s courage and her resilience throughout the situations that Swetha has put her through, there seems to be no end to how far Swetha can go to ruin Vennila’s marriage. She recently opened up to the whole family and said that Swetha is pregnant with Muthurasan’s child and we strongly believe that she is lying.

While there is a very small chance that Vennila may have raised her doubts on Muthurasan, but we know that his loyalty to his wife is rock solid and we have instances to prove it. Take for instance, the time when Muthurasan faked being hypnotised by Namboodri and Swetha. He could have cheated on Vennila then if he wanted to but he found a way to stop Swetha from getting close to him every time. 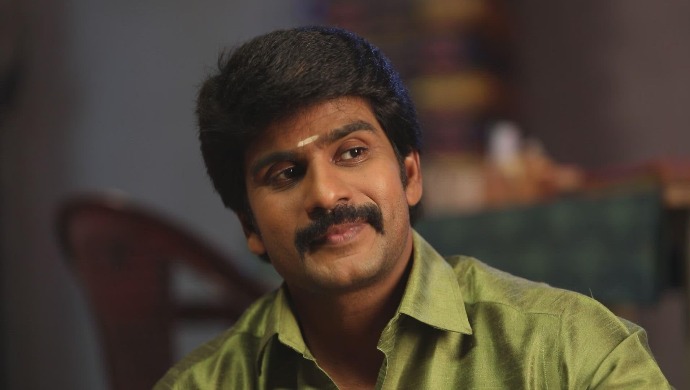 Also Read: Yaaradi Nee Mohini: While Her Character Swetha Can’t Find Love, Chaitra Reddy Is Reveling In Bliss After Her Wedding
There are too many examples that prove he loves Vennila more than his life, given that at one point, they were also expecting twins. Whenever there is a problem that touches Vennila, he goes to any length to protect her. Remember the time when she was almost about to become a bird and he came in at the right time to protect her. He supports Vennila through everything she wants to do and has expressed his love for her to the parrot too! He also stopped everything so he could chase a bird for Vennila. The duo is clearly in love and nothing can counter that!
Stream Neethane Enthan Ponvasantham and many other shows like this only on ZEE5!