WIth Muthurasan from Yaaradi Nee Mohini coming back to his human form, Chithra can finally leave this earth in peace!

As the Nagarani comes to Vennila’s aid and the Goddess brings Muthurasan back to human form in Yaaradi Nee Mohini, we know for a fact that the universe is standing up for Vennila. Now that Muthurasan is back to being a human and Uthara is back, Chithra can finally bid farewell to this world.

Now that Muthurasan has seen Swetha’s true colours, he will soon either get rid of her or get her married to Krishna which will minimize all the troubles. While we know that Chithra has saved Vennila all along and been there for Muthurasan through all the adversities, she deserves to be in peace and be free from all of this. 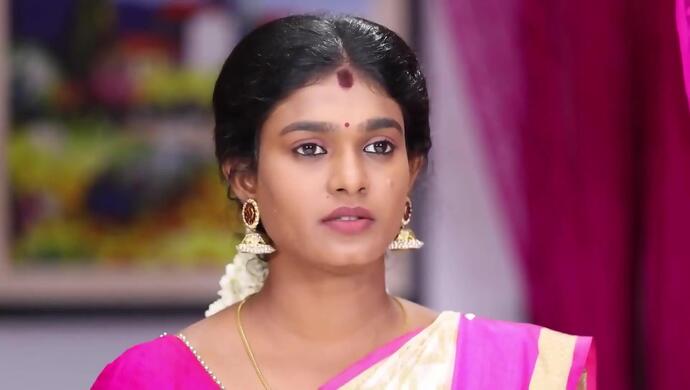 With Muthurasan understanding Swetha’s true colours, he can now be more careful. He has also found Uthara which fulfils her purposes of staying back as a ghost. Even Ruthra and Uthara have warmed up to Vennila which means that they now have a mother figure in their life who can look after them.

All Chithra’s spirit wanted was to give Muthurasan a good wife and their kids, a good mother, which Vennila fulfils beautifully. With Kaalai coming back on her feet, she will also help Muthurasan and Vennila against Swetha. We are glad that Chithra can now leave this world and her soul can move to the next part of the life cycle after having been there like a rock for Muthurasan and Vennila.