Why Tom Uncle’s Maggie Point Is A Huge Success?

By Aanchal Katyal Kylie Jenner may like her noodles with butter and garlic, but the Delhi University students definitely like it from Tom’s. If you’re a student at the University of Delhi, then you must have encountered multiple noodle vendors selling your favourite masala noodles. Those multiple Maggi-Wallas might have satisfied your hunger but none […]

Kylie Jenner may like her noodles with butter and garlic, but the Delhi University students definitely like it from Tom’s.

If you’re a student at the University of Delhi, then you must have encountered multiple noodle vendors selling your favourite masala noodles.

Tom Uncle’s Maggi Point started as a stall that served just noodles in 1978 and now is a fully fledged business. It now serves more than fifty varieties of Maggi, multiple soda mocktails, pastas and desi chaat.

You are bound to be drawn to the farrago of aromas that arise from the point. One moment you’re telling your college bae, ‘aaj nahi yaar, aajse healthy eating’ and the very next you have a plate of piping hot noodles in your hands. 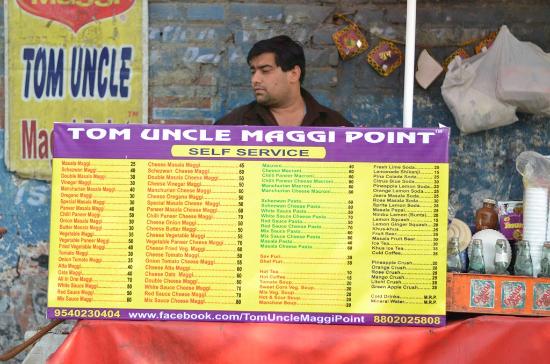 If you are a Gen Z being like I am, you must have thought of being the next Tom Uncle at least once in your college life.

I mean, we are the generation that’s supposed to deliver Start-Ups, we are the job creators. (Modi Ji loves Chai, Pakodas and Maggi).

So, I spent a lot of my travelling time thinking what has made Uncle reach the acme of success. This journey of mine (in the Delhi Metro of course)  made me draw great conclusions. Tom Uncle has captured all hearts because:

Like a professional, Uncle knows just the right amount of water to add to the noodles. He will add a calculated amount each time eliminating all possibilities of going wrong.

I mean ask yourself, how many times have you cribbed, when your Maggi turned out to be ‘soupy’ and ‘dry’.  All of this, just because you messed up the milliliters. Uncle, on the other hand, seems to be a master of measurement.

The stall started with just Maggi and now has a plethora of options for food lovers. From the yellow packet of instant noodles to serving the Italian’s delight, it has been a journey indeed.

Adding more items to the menu has made the point a one-stop destination for all the gastronomers. Fifty varieties of Maggi sequestered Uncle from the rest and the mocktails and chats made him up his game further. 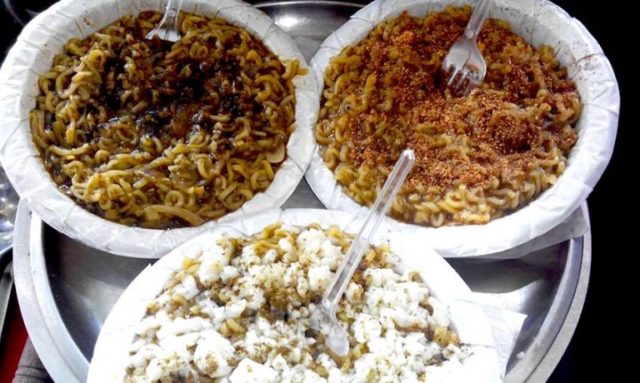 3. Uncle Tops It Off With Love:

Uncle adds the right amount of masalas and an overwhelming amount of love to the Maggi.  He took the ‘Meri Wali Maggi’ campaign too seriously and build his brand around it.

He will never start eating the masala straight from the packet and add it all to the dish religiously.

Is it just me or the burner heats up the pan way too quickly when you look away for a minuscule moment?

Well, Uncle always has his eyes on the pan. He will never falter at sizzling a dollop of butter before preparing that perfect bowl of butter masala Maggi. His vegetables will always be sautéed to perfection.

These four reasons suggest that Uncle has mastered the ‘Art of Making Instant Noodles’. Mind you, preparing instant noodles is no joke.

Apart from these four, Uncle’s success can be attributed to his delivery option on Zomato and his strong presence on the blogs of many connoisseurs.

So, if you’re planning to start a food joint of your own in the near future, then Tom Uncle’s strategies are sure to reap success.