What Exactly Is The Mandela Effect: We Demystified It

Demystifier: An ED Original where we take a complex topic but the content is written in such a way that it is knowledgeable and easy to comprehend at the same time. There have been quite a few instances that have cropped up over the years where a group of people have shared a “false memory” that […]

Demystifier: An ED Original where we take a complex topic but the content is written in such a way that it is knowledgeable and easy to comprehend at the same time.

There have been quite a few instances that have cropped up over the years where a group of people have shared a “false memory” that they absolutely definitely believed to be true.

The term “Mandela Effect” was coined by a blogger, Fiona Broome, who at a convention in 2010, found out that a bunch of people believed that the former South African President Nelson Mandela had died during his imprisonment in the 1980s when he was actually alive at the time.

This piece of information came as a shock to many who vehemently stood by their belief stating that they specifically remember watching news clips of his memorial, the mourning in South Africa and the heartfelt speech by his widow until they were presented with proof of otherwise.

How creepy is that?

Some of us might have completely different memories of some very common events.

The Mandela Effect is slightly different from a “false memory” as this phenomenon affects large random groups of people who do not share anything in common, not so much as similar emotional factors associated with the event.

It also seems stronger than simply misremembering a detail, which is why people tend to be so adamant with claims of their memories.

Many ‘Mandela Effects’ are usually trivial details spread under various odd categories. These include things such as the how and when of celebrity deaths, misspellings of common brands and names, placement of geographical locations, quotations, dialogues of movies etc.

There are actually various theories behind this phenomenon that you might find quite interesting. 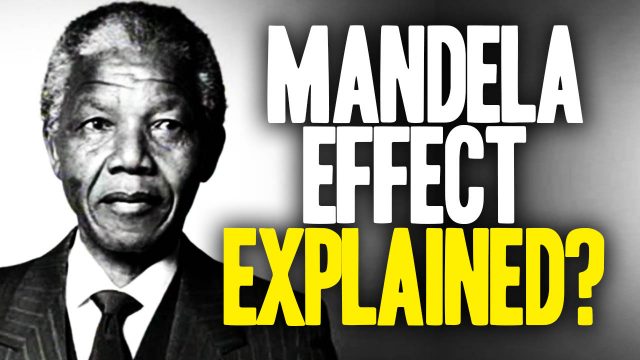 What Are The Mandela Effect Theories?

The first theory is that this shared false memory could actually be due to a so-called ‘glitch in the matrix’ as Fiona Broome attributes this disparity in memory to the ‘multiverse’ interpretation of quantum mechanics.

Do you remember ‘Schrödinger’s cat’, a concept well explained in layman terms by Sheldon Cooper in the popular show Big Bang Theory?

Basically, according to that theory, if a cat were placed in a box with a radioactive-decay-detector rigged to break a flask of poison when activated, a decaying particle existing as a wave would yield two simultaneous macroscale realities – one where the cat is alive and one where the cat is dead.

This basically means that at the same point in time, there can exist two (or more) alternative realities simultaneously.

Another theory is that the reason behind the spreading of this phenomenon is not an alternate universe interacting with ours but actually a highly advanced program (call it AI if you will) changing the phrases of text, vocals, and images on the Internet. Where some people have noticed the changes, others haven’t and vice versa. Some outright reject the above theories presented without solid evidence and claim this so-called “Mandela Effect” is nothing but a delusion held by certain arrogant, close-minded people who refuse to accept facts over their own beliefs.

What do you think?

To help you form an opinion, I present to you some really common and interesting instances of the “Mandela Effect” that I found –

1. We Are The Champions

Who doesn’t know this iconic masterpiece? Turns out, a lot of people.

Of course, everyone knows the song. But they usually get the ending wrong.

If I asked you how the song ends right now. What would you say?

Does the song fade out with the words “of the world…” or abruptly end after “We are the Champions”?

If you chose the former, guess what.

Don’t believe me? Check out the video I have so graciously provided for you below.

2. Snow White and the Seven Dwarves

Remember the story of Snow White and the Seven Dwarves? Remember the evil stepmother with the talking furniture and a mirror that enabled her vanity?

Do you remember the phrase she used to use to check who was the fairest in all of the land?

Was it, “Mirror mirror on the wall, who’s the fairest of them all?”

It’s actually, “Magic mirror on the wall, who’s the fairest one of all?”

Did that blow your mind?

Don’t worry. I have one more. 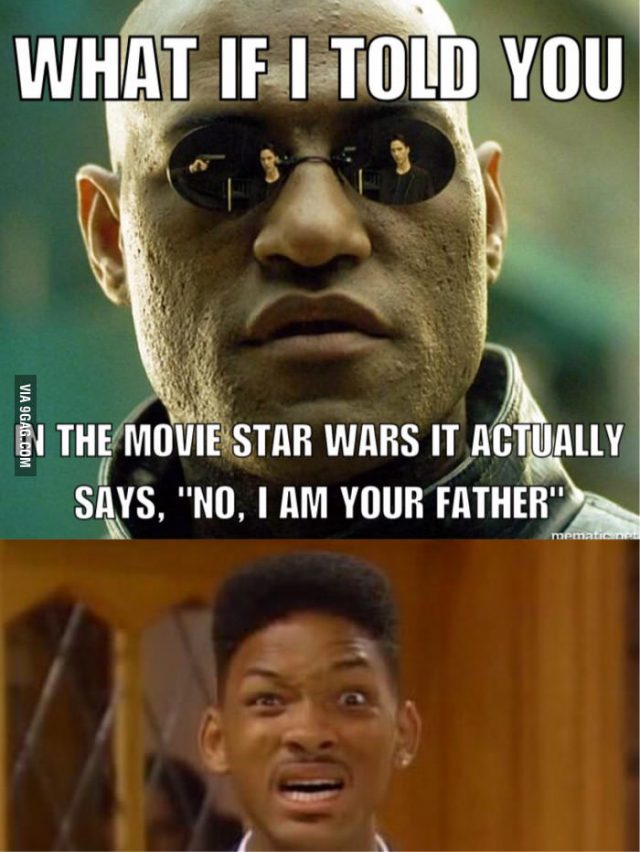 Now if you were to ask what I believe, I’d say I say, go with your gut, and also that we are just a bunch of people with really bad memories who really don’t pay attention to the finer, trivial details in life.

And why should we?

What is so great about knowing there was never actually a hyphen between the words Kit Kat, anyway?