Rumours suggest that the most tight-lipped yet, most-talked about couple Katrina Kaif and Vicky Kaushal are set to tie the knot, but is true?

Remember a few weeks ago the whole nation was talking about Vicky Kaushal and Katrina Kaif getting engaged? There were rumours about a roka, which Katrina’s team quickly refuted. However the denial has not stopped the rumours from catching wind. In fact, the new set of news states that the couple are set for a December wedding, and have already booked a place in Udaipur, Rajasthan for the wedding.

Ever since, Katrina Kaif revealed it on national television that she found Vicky Kaushal rather cute, the rumours about their relationship have been riff. Yet, in all these years neither the Mister nor the Miss have confirmed the relationship. While there is not a place where the ‘good friends’ have not been sighted together, it took Harshavardhan Kapoor, Sonam Kapoor’s brother, to let it slip that that Vik-Kat are truly a couple. The actor had said, “Vicky and Katrina are together, that’s true.” He continued, “Am I going to get in trouble for saying this? I don’t know. I think they’re quite open about it.”

Despite this blatant confirmation, the rumours about the wedding, sees to be just that – rumours. The actress who famously said, “I planned (a wedding) once. It didn’t work out! So now I’m not going to plan and see if it works out,” isn’t commenting on the winter wedding rumours at all. In fact, she is keeping herself so busy with work, that her personal life seems almost non-existent. 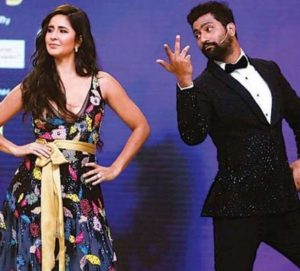 As you read this, Katrina is in Turkey with Salman Khan working on Tiger 3, the most awaited sequel to the hit franchise. Before Turkey she was in Russia, and intends to travel to 3 other countries for the film. She has also signed Jee Le Zaara with Priyanka Chopra and Alia Bhatt, to be directed by Farhan Akhtar. Her film Sooryavanshi is also awaiting release while her films like Phone Bhoot and the untitled project with Vijay Deverakonda is also in production.

And, on the other hand, Vicky Kaushal is busy with projects, like The Immortal Ashwatthama, Sardar Udham Singh and Takht.

So where and how do these two have the chance to think about matrimony, when they are so busy raking in the moolah and making money!