The famous chat show Hasdeyaan De Ghar Vasde got it’s the best guest with veterans Ranjeet and Shakti Kapoor and the episode is the best of the lot.

Hasdeyaan De Ghar Vasde is reaching every ghar and the reason is the dil-khol gallan and the secrets of the celebs like never before. Kapil Sharma shares how he met his wife Ginni, singer Guru Randhawa shares the inspiration behind his hit song, and Gippy Grewal’s struggle is applause-worthy. However, the best has yet to come. The best was when Bollywood’s iconic villains Ranjeet and Shakti Kapoor graced the show. There is much to say about this episode, so let’s start.

Watch the hilarious episode with Ranjeet and Shakti Kapoor here:

The first surprising fact we encounter is that Ranjeet’s real name is Gopal Bedi. When Ranjeet came to make big in Bollywood, Sunil Dutt named him Ranjeet as Gopal didn’t sound filmy. Shakti Kapoor also adds that his real name is Sunil Kapoor and it was Dutt Saab that bestowed him with the name Shakti Kapoor. This revelation is quite interesting, isn’t it?

How Shakti Kapoor got Qurbani

Shakti Kapoor shares that during his initial struggle, he used to go to town in his old Fiat, with borrowed petrol. Once when he was reaching town, suddenly a black Mercedes bashed him from behind and his car suffered huge damage. Angry, Shakti asked the driver to come out. And when he saw that Feroz Khan had stepped out of the car, Shakti instantly calmed down and started requesting him to cast him in his film. Khan left and then Kapoor visited writer K.K Shukla. The writer instantly said that Kapoor is unlucky as he had recommended him for his next film Qurbani. But for that role, the director-producer Feroz Khan is looking for the boy whose car was hit by him in the morning. And Kapoor instantly said that it was his car and he was the guy. Kismat da khel vekho.

Veteran Ranjeet shares an interesting story about his family. Ranjeet started by playing the female lead’s brother in Sawan Bhadon (1970). Then in Sharmeelee (1971), he played the antagonist who molests Rakhee. Ranjeet took his family to the film’s premiere and when this scene appeared, his family left. When Ranjeet reached home, everyone including his mother started criticising him for doing such a heinous crime on screen. The actor requested Rakhee to meet his mother and explain the situation to her. Rakhee met Ranjeet’s mother to assure her about Ranjeet and explain the shooting process. 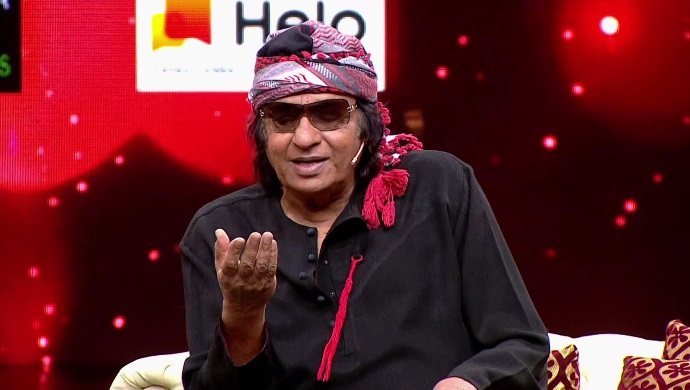 When Shakti Kapoor was expelled from school

Shakti Kapoor reveals that he was expelled from three schools but he was also the captain of Delhi cricket team. Once he asked his father to watch one of his films in the theatre, and when they saw Kapoor molesting the heroine, his father asked his mother to leave with him as his father believed that he was really doing it on-screen.

The episode is full of masti, dhamaal, entertainment, and it feels great when you have icons sharing their life, struggles, and other interesting experiences. The episode ends with Ranjeet Ji singing a song.

Watch other episodes of Hasdeyaan De Ghar Vasde, on ZEE5!