Virajas Kulkarni Reveals ‘Slambook’ Secrets About His Life And Fans Are In Shock!

Actor Virajas Kulkarni, of Majha Hoshil Na does not usually open up to media about his personal life but he recently took to Instagram to answer some of the most asked questions! The actor did a whole series of stories on his official Instagram handle where he answered several questions that we’ve all wanted to know! In his little “slambook” he was candid and real and we loved it!

Did you know that the actor’s birthday fell on 29th February, which comes once in four years? 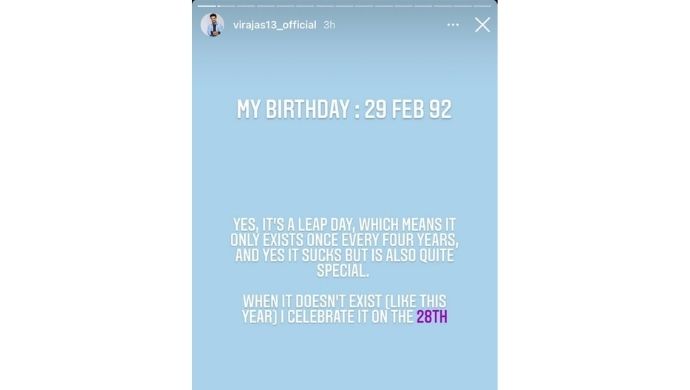 He added that he celebrates it on the 28th for the rest of the years when it is not a leap year! He also admitted that he does not like sweets and also mentioned some of the exceptions that he chooses to eat. Here you go! 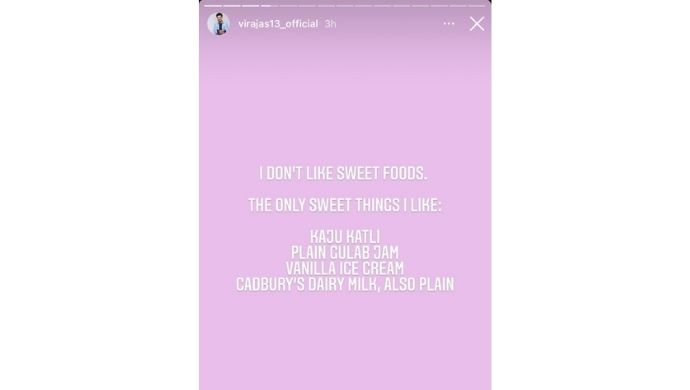 The actor also spoke about how he hates when people shorten his name and call him “Viraj.” His favourite nickname of himself is “Colonel” and his friends call him different versions of his name only! 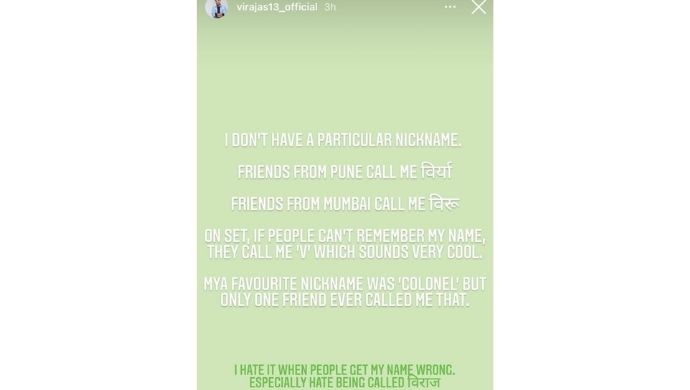 He mentioned that he does not listen to a lot of music due to his inability to absorb the lyrics. This problem also makes it hard for him to lip-sync in scenes! He also stated that he cannot dance either and hates it! Who would have thought? 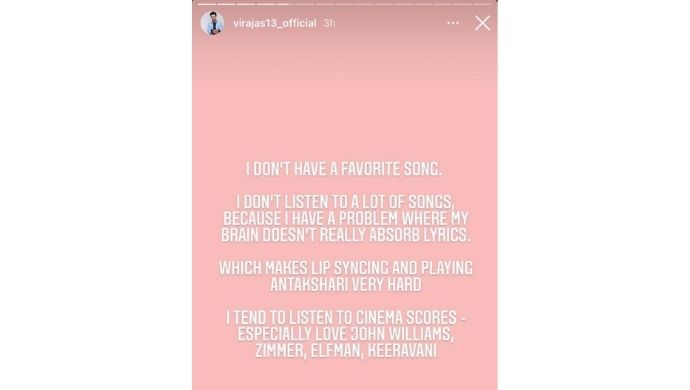 The actor told us how he prefers bikes over cars as he gets a little claustrophobic. He also does not like big parties unless it is an important occasion and he loves to sleep! 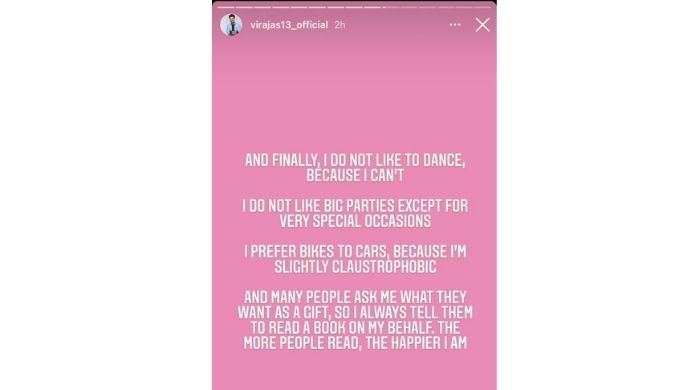 His love for books really came out in his slambook when he mentioned that he asks people to read a book for him when they want to give him a gift. Reading makes the actor happy! He is a big nerd when it comes to Harry Potter and other fandoms and will only approve of you if you have in-depth knowledge of your fandoms to back up your claims! Take a look at this answer on books and fandoms! 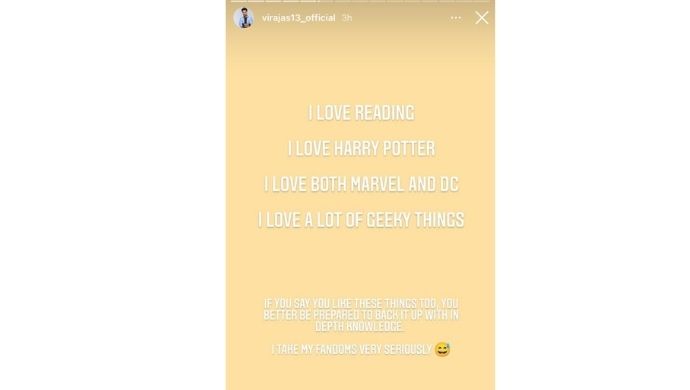 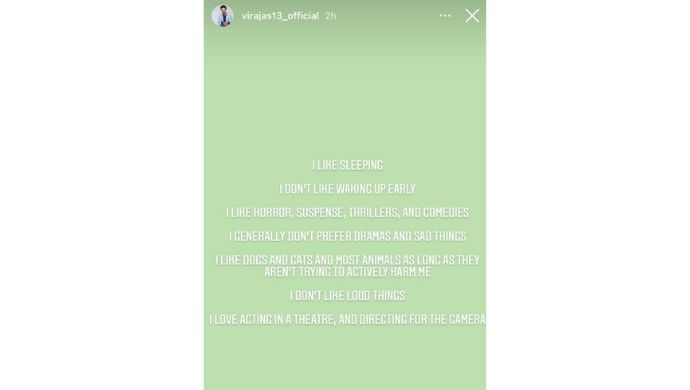 We hope you enjoyed reading Virajas Kulkarni’s little slambook as much as we did.