Top Bangla Zee5 Originals that will extend your festival holidays

These 5 Bengali web series available on Zee5 will keep you on the edge of your seat this festive season. If you are a fan of crime thrillers then this is your go-to list

If you are sad because Durga Puja is over then worry no more, we’ve got you covered. Here is a list of our 5 best Web series in Bangla that you can enjoy on Zee5 and continue the spirit of festivities into the coming weeks. 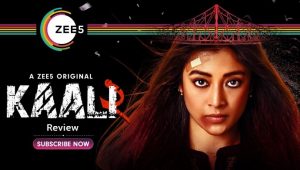 Kaali is a two season Zee5 original thriller web series that revolves around the story of a single mother who can go to any limits to protect her son. The lead role in the series is played by the talented actress Paoli Dam along with Rahul Banerjee and Shantilal Mukherjee as other cast members. The first season of the series revolves around the protagonist who just has one night to save her son, Sunny and who must deposit 6 lakhs in the hospital within 12 hours for her son’s operation. She will go to any length to save the life of her son and we get to see her fighting all the odds to protect him.
Her hustle continues with the commencement of season 2 of the series when things take a grave turn and she has to give it her all in order to survive. The action-packed thriller honours a woman’s power while demonstrating her strength and takes direct inspiration from the Hindu goddess Kaali who is destructor of evil while at the same time protects her devotees from every hardship. The series is directed by Korok Murmu and produced by Parambrata Chattopadhyay. Kaali looks into the unknown underbelly of Kolkata, which is typically not easily spoken about. Kaali is a multi-layered show filled with hope, courage, danger, and betrayal that will give you the creeps as it approaches the conclusion. 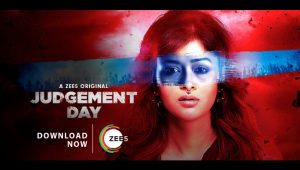 This crime-thriller series on Zee5 revolves around the lives of two central characters Diya and Hiya, two sisters from North Bengal and an incident that takes place during their visit to Kolkata. In Kolkata, Hiya is raped following which her sister Diya battles the case to have the perpetrators convicted. The series delves into the hardships that Diya faces in obtaining justice for her sister is the central plot of the series. The series goes on to talk about the sensitive issue of rape and sexual crimes in India and tries to show the real picture of our insensitive society that is also bound by the shackles of cruel misogyny. Judgement Day is directed by Ayan Chakraborty and stars Sohini Sarkar and Madhumita Sarcar as lead actors. 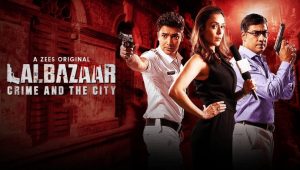 Another crime series that is named after the police headquarters in Kolkata tells the tale of a group of dedicated cops from the Kolkata Police who are on a mission to eradicate crime and corruption from their city but their plan is spoiled by certain turn of events. The death of a prostitute opens up a whole different side of the city that is filled with cold killers and ruthless thugs that the police department has to find a way to control and make their lovable City of Joy, safe again.
The cast of the series includes Kaushik Sen, Hrishitaa Bhatt, Sauraseni Maitra, Ronjini Chakraborty, Dibyendu Bhattachary and is directed by Sayantan Ghosal. 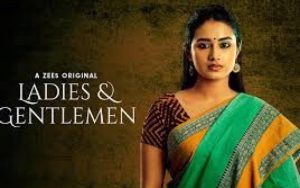 This drama series from the neighbouring country Bangladesh is an extraordinary story of an ordinary girl Sabila, played by Tasnia Farin. She is a common girl, who ends up becoming the voice of every working woman in Bangladesh and beyond, who try their best to juggle between their professional and personal lives. Sabila is an employee of a cultural department who fulfills all her personal duties diligently and tries to establish herself in the professional field as well. Things start to go downhill when Sabila is molested by her employer, the chairman, Khairul Alam (Afzal), setting off a chain of events that turns her life upside down. The show also goes on to highlight the struggles and battles that women have to fight as a result of their placement in the social hierarchy. The series goes on to bring out the complex male-female dynamics in the society along with exploring ideas like hierarchical exploitations and misogyny. The series is created by Mostofa Sarwar Farooki and also stars Afzal Hossain, Maria Nur Rowshon and Mamunur Rashid. 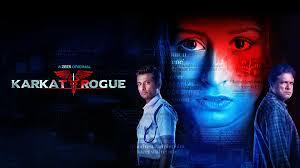 This Zee5 original crime-thriller web series is a first of its kind bi-Lingual (in Bengali and Hindi) in India, that is set against the spine-chilling backdrop of anti-cancer medication trials.
The story witnesses the case of a serial killer who is on a rampage to murder specific victims that are cancer patients. The police department is racing against time in order to apprehend the assailant before he strikes again. Meanwhile doctors uncover a link between the murders and the cancer cases at the same time, creating a fascinating puzzle.
The plot of the series revolves around a drug trial that is twisted with the involvement of doctors and medical boards and is further followed by heinous crimes, it gives its viewer a crazy mocktail of varied emotions, from fear to suspicion to relief.
The series stars Chitrangada Satarupa, Rajesh Sharma and Indraneil Sengupta in the lead roles and is directed by Utsav Mukherjee.

Also Read: The Power: 7 Best Scenes From The Crime Thriller That Mahesh Manjrekar Nailed It