Megastar Amitabh Bachchan has given multiple performances in his work graph and has taken a hold at fame with his hardwork. A lesser known fact about the actor’s success is that Mehmood Ali has a huge role to play. Read on to know how.

In a conversation with a leading website, Mehmood Ali’s brother Anwar Ali said that Mehmood lived like a king, both in terms of his lifestyle and also his large-heartedness. He looked after their extended kutumb of 150 people. Mehmood loved cars and at one point, he owned a fleet of 24 cars including a Stingray, Dodge, Impala, MG, Jaguar, and others.

Not just that, the veteran actor was also instrumental in helping other actors pave their way to glory. And his most favourite protege being Amitabh Bachchan. Ali saw a shining future in Big B before anybody could and he even called himself as Bachchan’s second father as he was the one who taught Big B how to make money.

Mehmood Ali got Amitabh the leading role in Bombay To Goa, a film that got him noticed by the iconic duo Salim-Javed. This led to the 1973 film Zanjeer which became Bachchan’s turning point in his career. 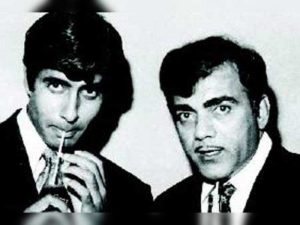 Amitabh Bachchan also shared back in 2004 that Mehmood always helped the actor in establishing himself. Mehmood Bhai was one of the helpers in the graph early in Big B’s career. He was the first producer who gave Big B the lead role – in ‘Bombay to Goa’. After several consecutive flops, Amitabh made a plan to go back home, then Mehmood Sahab’s brother Anwar stopped Amitabh.

Mehmood always wished the best for Amitabh and also revealed to a leading daily that a man who has success, has two fathers—the biological father, and the one who taught him to make money. The biological one is Abhishek Bachchan of course, and the one who taught him is Mehmood Ali, who gave him a place to stay and got Big B films. He respects him a lot, if he is sitting and he would hear his voice, he would instantly get up.

(Also Read: Amitabh Bachchan Shares A Collage Of Throwback Young Age Photos; Mention Desire To Go Back To Such Days)

The legendary actor added Although Amit respects him a lot, one of his actions shocked me a bit. When his father Harivansh Rai Bachchan fell, he went to Amitabh Bachchan’s house to see him, but when Ali had a bypass surgery, Amitabh came to Breach Candy Hospital with his father but he did not come to see Ali. Amitabh proved there that the real father is real while the fake father is fake. He didn’t even meet, wish, or send Ali a get-well-soon card, a small flower, even though he knew Ali was in this hospital. Ali forgave him and didn’t wish him ill. He hoped he doesn’t do this with anyone else.