Did you know, that Akshay Kumar had auditioned for a role in Jo Jeeta Wohi Sikandar, which was then offered to Milind Soman, who also left it mid-way?

Jo Jeeta Wohi Sikandar, starring Aamir Khan and Ayesha Jhulka in the lead roles, has become one of the most iconic movies made in Hindi cinema. Made in 1992, the film had multiple fun subjects that it revolved around like friendship, young love, college days, a sporting competition, and family bonding, all of which made people fall in love with the film every time they watched it. But did you know that Akshay Kumar had also auditioned for the film and that Milind Soman was a part of it earlier?

Jo Jeeta Wohi Sikandar gave us many iconic things, right from a romantic song like Pehla Nasha, to inter-college rivalries. The rivalry between Sanju (Aamir Khan) and Shekhar (Deepak Tijori), or even the rivalry between Ratan (Mamik Singh) and Shekhar, has remained unforgotten till now. Besides Aamir Khan, Ayesha Jhulka, and Mamik Singh, people also love Deepak Tijori’s performance in the negative role in this film.

However, the role was not offered to him initially. Initially, we were going to see Milind Soman portray the role of Shekhar Malhotra, the Rajput College brat. Milind Soman was in his modelling days at the time, when he had gotten this role. In an interview, he had said that it was 1989 when he got the role, and he even started shooting for it but then had to leave it mid-way because he was getting a lot of work in modelling and did not want to start off with films just yet. Milind Soman had also revealed in the interview that he did not regret leaving the film because being in films at that time, ‘would have been really early’ for him.

Milind Soman later continued his modelling career, and finally made his acting debut in 2000, with the crime drama film Tarkieb. The role he left behind in Jo Jeeta Wohi Sikandar, then went to Deepak Tijori. 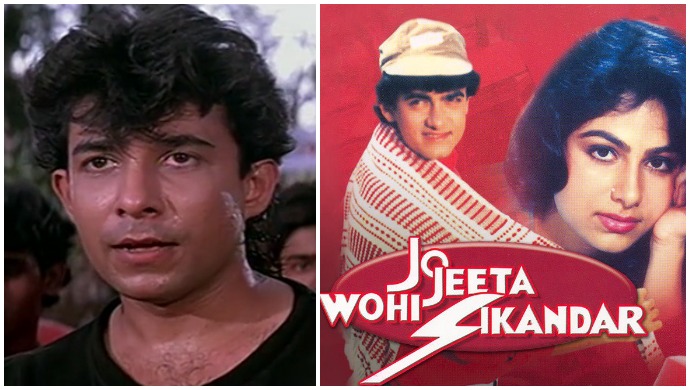 Also read: Throwback Thursday: Paurashpur’s Milind Soman’s Photos From His Modelling Days Will Make You Fall For Him All Over Again

That is not all about this role – even Akshay Kumar had auditioned to portray this iconic negative role of Shekhar Malhotra. He was just beginning his acting career in Bollywood when he auditioned for the role. However, he was rejected in the audition round, and it was after that, that the role was offered to Milind Soman. Akshay in his earlier interaction with Mid-Day had elaborated on his audition saying, “Apna screen test diya maine, for Deepak Tijori’s role. And they didn’t like it. And, apparently, I was crap, so they removed me.” Those were also Akshay Kumar’s earliest days in the Hindi film industry. It was then in 1991 that his first film, Saugandh was released, with him in the lead role.