Thirumathi Hitler: Everyone Might Be Scared Of AJ But He Is As Vulnerable As Anyone Else In Front Of His Mother

AJ from Thirumathi Hitler might be feared by all, but like all of us, he is still a child to his mother!

When we think of a stern person, one of the first characters to pop up in our minds is that of Abhinav Janardhan from Thirumathi Hitler. He doesn’t like too many changes in his life and is very clearly the boss of his family. From his daughters-in-law to the other family members, almost no one can even come close to opposing him because he likes to have the final word.

Watch the spoiler for the latest episode of Thirumathi Hitler right here!

While everyone around him dreads him and highly respects him, there are a few times where we know that he is no different from us when it comes to facing his mother. Like most of us, AJ is instantly ridiculed by his mother and scolded when he opposes her. Much like the time when he lied to her by saying that he is fine, AJ’s mother almost always catches his lies and confronts him.

Also Read: Thirumathi Hitler: Reasons To Believe That AJ Hasn’t Completely Moved On In His Life Yet

Unlike everyone else, she stands up to his stubborn nature. She doesn’t take any of AJ’s tantrums and gets her way with him. Just like any mother would, she makes AJ do what she thinks is right for him, and he almost always has to comply with it. We think that these moments are absolutely endearing, and love seeing a meek AJ from time to time.

Despite being feared by everyone, he cannot talk back to his mother. Brown kids can never dare to talk back to their parents, and the revered AJ is no different from us. He is instantly shouted at when he tries to tell his mother about calling off the wedding. Just because he carries a certain image of himself, his mother doesn’t stop herself from proving the reality to AJ and showing him the mirror. 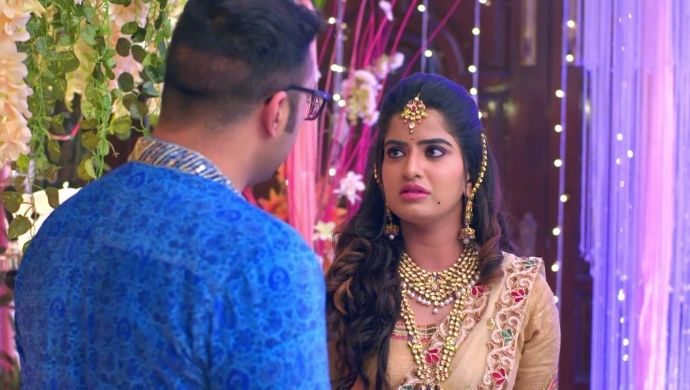 All of this only goes to prove that even if you are someone as stubborn and regarded as AJ, you will always be a child to your mother, and it is absolutely adorable!