These films With Mythological Roots Will Make Your Belief In Divinity Strong; Check Out The Movies

The coming years look promising for Bollywood and fans of Bollywood movies alike. There are many releases for people to enjoy on the big screen. 2022 is set to give us some mythological films full of adventure, and action

2021 has given us some great films and now it’s time for the next year, 2022, to give us some “never-seen-before” action films. Now that the theatres have finally opened up, the Next Year seems promising for people to enjoy movies on the big screen. 2022 is set to give us some mythological films full of adventure, and action. Take a look at these upcoming action dramas movies: 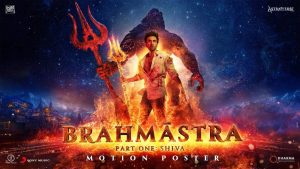 The film is scheduled to be released on September 9, 2022. The movie will be released globally by Disney. Brahmastra has been the director, Ayan Mukerji’s passion project on which he had been for the past 10 years. The story “Follows Shiva as he journeys into the world of Astras and discovers his destiny as the Divine Hero of the universe.” The movie marks the beginning of a trilogy. The teaser that was released has crossed 14M views on YouTube. The movie stars Ranbir Kapoor, Amitabh Bachchan, Alia Bhatt, Mouni Roy, and Nagarjuna Akkineni. It is also said to be one of the most expensive films in India. 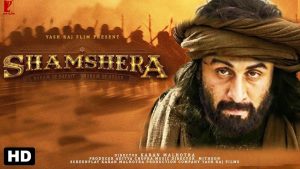 Shamshera is all set to be released on 18th March 2022. Since the release of the movie poster, it has created excitement within the audience. The movie stars Ranbir Kapoor, Sanjay Dutt, Vaani Kapoor, and Ronit Roy. In an interview, Ranbir revealed that “Shamshera is a wonderful action, thriller, adventure movie set in 1800. It’s about a Daaku tribe and their fight for justice from the British for getting what they deserve back.” 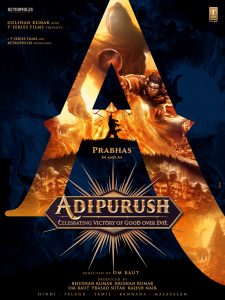 Adipurush is an adaptation of the Indian epic ‘Ramayana’. Adipurush’s role will be played by Prabhas, and Saif Ali Khan will be playing the role of Lankesh (Ravan). The role of Sita will be played by Kriti Sanon. According to the reports, the movie’s budget was around Rs 400 crores. The movie is set to hit the screens on August 11, 2022. 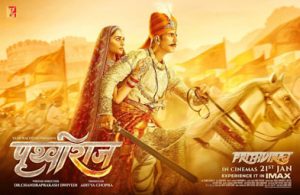 Prithviraj is an epic based on Prithviraj Baso, a Hindu Rajput warrior king of the Chahamanas Dynasty. The movie captures his early life, accomplishments, and the battle with Muhammad of Ghor. The lead actors are Akshay Kumar, and Manushi Chillar, who was Miss World 2017. The movie also featured Sanjay Dutt, Sonu Sood, and Sakshi Talwar. It will hit theatres on January 21, 2022.

(Also Read: Here Are The Top 4 Digital Movies Of The Year That Kept The Audiences Glued To Their Screens)