The Hippie Trail: Tracing The Arrival Of The Hippie Subculture To India

When I say the word ‘hippie’, what’s the first thing that comes to mind? Marijuana? Bob Marley? Baggy clothes? While it’s not wrong to associate these things with hippies, this is not what all there is to the hippie subculture. The hippie subculture was a widespread youth movement that had a massive universal reach. Much […]

When I say the word ‘hippie’, what’s the first thing that comes to mind? Marijuana? Bob Marley? Baggy clothes?

Much like its development in the United States of America, it formed linkages with India as well.

What is the hippie subculture?

While the movement itself began in the 1960s and 70s in the USA, its roots can be traced back to the 19th and 20th-century social movements.

It began with the Bohemians- essentially a French people (who led ‘unconventional lifestyles’ and did not have strong emotional ties) who were perhaps influenced by religions that were different from those of the West along with elements of spirituality.

From the 1960s onwards, however, the movement snowballed into its more articulated form, as we know it today. Central to the hippie subculture is the idea of proximity to nature, community living, artistic experimentation via music, painting and dance along with the usage of drugs like marijuana, mostly for recreational purposes.

The subculture has traversed through many phases from the 60s onwards. In its transitional journey, it has assimilated many characters and concepts like those of psychedelic rock (music that provides a mind-altering experience much like that experienced by LSD), John Lenon, the idea of Zen (nirvana), Yoga, Karma, etc. An Eastern influence is prevalent in the hippie subculture.

Arrival of the subculture in India

The Hippie Trail is somewhat central to understanding the spread of the subculture to India and various other parts of the world.

Essentially an overland journey was undertaken by hippies, as part of the youth movement, the trail covered areas of Europe, Afghanistan, Sri Lanka, India, Pakistan among others.

As they travelled, they made it a point to be in absolute communion with the local population and to immerse themselves in the local culture.

Since they led ‘unconventional lifestyles’, they were evidently wary of the capitalist culture that prevailed in the West. In search of salvation, the hippies began their journey. Distancing themselves from the rut of life, they leaned towards the culture of the ascetics.

With spirituality and ganja forming an essential part of their lifestyle, what better was a country for them than India? 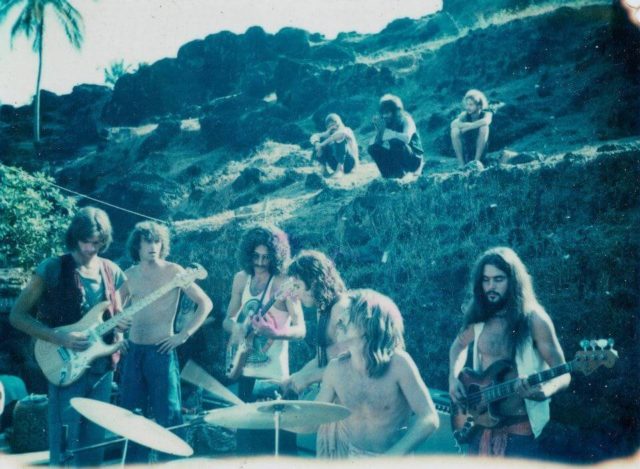 The ‘beatniks’ as the hippies were earlier called, sought refuge in many parts of India, right from Varanasi to Delhi and Patna.

However, the one place that naturally became their home was Goa.

Goa has always been different from the rest of the Indian states, in its size, geographical location and culture. This is perhaps why the hippies found a place for themselves there, so easily.

In the 70s, India’s economic condition was in a flux and Goa had been offering immense economic opportunities for tourism. The population and culture of Goa was also very receptive to new ideas and traditions.

The hippies too were looking for places where they could be closer to nature and perhaps find the path to salvation.

It’s fascinating to navigate through the crevices of the hippie subculture as it stands today. Something that began perhaps around the 19th century still persists with its erstwhile vigour as a global phenomenon.