Teri Meri Ikk Jindri: With Mahi Proving Her Innocence, What New Tricks Will Pappu Play To Get Her Married To ‘Tillu’?

After creating a fake MMS to ruin Mahi’s wedding, how low would Pappu go to get her married to Tillu? Deets inside.

Pappu from Teri Meri Ikk Jindri has been behind Mahi’s life forever. And we don’t even understand why! He’s never had any personal issues with her, but he still finds ways to torment her, to humiliate her. All because she doesn’t fit into his idea of an ideal woman? While Pappu Sehgal finds various ways to ruin Mahi’s life, the latter has always come out victorious from those situations.

In the recent episodes of Teri Meri Ikk Jindri, we saw a determined Mahi prove her innocence in front of her family. Although Pappu and Chanda tried their best to ruin Mahi’s reputation and break her marriage, Mahi brought out the truth with the help of Jogi. Not only that, she politely declined the marriage proposal that Pappu had got for her as well. 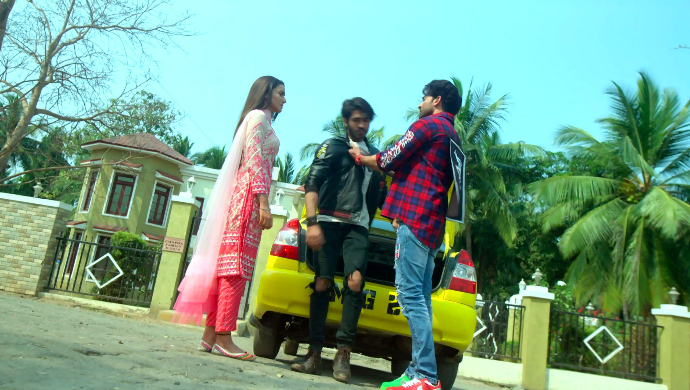 Source: ZEE5Also Read: Why Pappu From Teri Meri Ikk Jindri Having A Grudge Against Mahi Makes No Sense!

Knowing Pappu, he won’t take this lightly and will definitely find other ways to torture Mahi. A few episodes earlier, we had seen Pappu get a criminal out of jail in order to get Mahi married to him. Why you ask? Because he’s just that evil! He couldn’t control Mahi as she doesn’t belong to his family so he found another way to get her under his control. And that’s how ‘Tillu’ cam into the picture, to marry Mahi, and then torture her.

Although his plans were ruined when he got to know that Mahi’s marriage has been fixed with Arjun. But he didn’t stop at it. Along with his evil sister Chanda, Pappu made sure that Mahi’s wedding was cancelled. And the moment that happened, he swooped in with Tillu to execute his devious plan.

Despite the efforts, Pappu’s ploy failed when Mahi declined to get married. So now Pappu will come up with more evil plans to make sure she agrees to the marriage. In the recent promo, we saw Tillu robbing the Chopra house late at night, while a teary Shaalu asks for money from them the next day.

This definitely seems like Pappu’s doing. Pappu had given a huge sum of 50 Lakhs to the Chopra’s for Mahi’s marriage. Thus, he would’ve asked Tillu to rob the Chopra’s of all their jewellery and money so that when he asks them back for it, they’d wouldn’t be able to return it. On top of it, he never wants to come off as the bad guy. So he would stage a worker’s protest and manipulate the naive Shaalu into going and asking her family for the loaned money.

When the Chopra’s won’t be able to return the money, he’d probably make Tillu swoop in as the knight in shining armour who saves the Chopras’ reputation. Once this has happened, he might then try his best to convince Mahi and her family to agree to this union.

Moreover, with Jogi’s mother asking Mahi to sever her ties with him, Mahi won’t even turn to Jogi for help. This might create a new complication in Mahi’s life.

To know how she deals with it, watch Teri Meri Ikk Jindri on ZEE5.