Love starts blooming in Jogi’s heart as he sees Mahi’s face in the moon after singing a romantic song. Meanwhile, she’s mesmerised after hearing him sing.

One of the newest additions to Zee TV’s long list of heartwarming love stories is that of Jogi and Mahi. Teri Meri Ikk Jindri, the show that talks about the Befikra Jogi and Betaab Mahi, and how they fall in love with each other, has garnered a lot of love and affection from the audience. Within a short span of time, it has become one of the most followed shows with everyone loving the little squabbles between the leads.

They say that the universe gives you signs and all you need to know is how to spot them. And that’s exactly what we saw in the recent episodes of Teri Meri Ikk Jindri. While Mahi’s Daadu asks her to try listening to her special someone’s voice through the tinkling of the kaleere, at that exact moment Jogi starts singing a beautiful rendition of the famous qawwali, ‘Tu Maane Ya Na Maane‘  by the legendary Wadali Brothers.

The song is a popular Sufi love song where the poet talks about how loving one’s beloved is as sacred as worshipping the Almighty. Jogi starts with a Doha by Sant Kabeer and then effortlessly moves on to the soulful song. Mahi feels an instant connection to the voice and feels drawn towards it. And as the song ends, Jogi sees Mahi’s face in the moon as he looks through the kaleere, making it one of the purest moments of the show. In that moment itself, the song became their own. Jogi-Mahi’s very own Valentine Anthem.

Earlier, popular singer Mika Singh had surprised the fans with his own musical take on this romantic love story with the Jindri rap. The rap went on to be super popular with more than 5 million views on the YouTube Video. 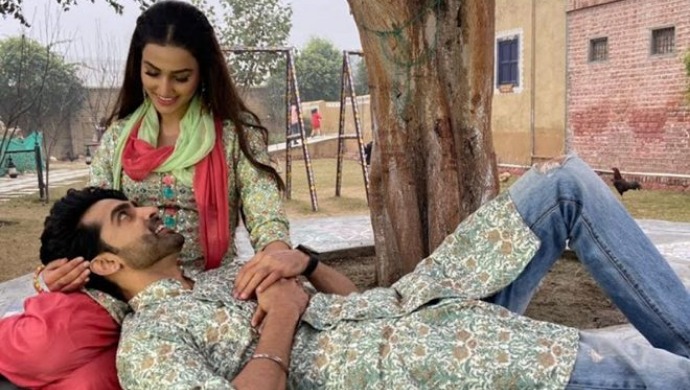 Oblivious to what fate has in store for them, Jogi and Mahi are being pulled towards each other. As love starts blooming in the hearts of these two, it’ll be a treat to watch how these polar opposites are brought together by fate.