Sushmita Sen Or Aishwarya Rai Bachchan- Who Exuded More Charm In A Saree?

A golden saree or a black saree? Aishwarya or Sushmita? Who does it better?

In 1994, when Aishwarya Rai and Sushmita Sen both were running for the Miss India title, to everyone’s surprise, it was Sushmita who won first place. Aishwarya was already a known model back then and so everyone assumed that she would be the winner. The two later went on to win Miss Universe and Miss World titles for India and made the country proud. Recently, these crowned beauties were spotted in some stunning sarees. Which one looked better?

Sushmita chose a golden shimmery Manish Malhotra saree with a matching blouse whose sleeves reached her elbows. The entire saree was filled with zari and golden shimmer. It looked neither too heavy nor too light and the actress wore it with her best smile to the Lamke Fashion Week. For her makeup, she chose a muted look with a brownish powder blush and let the focus be on the saree. Her hair colour which was light brown definitely complemented the saree completely. 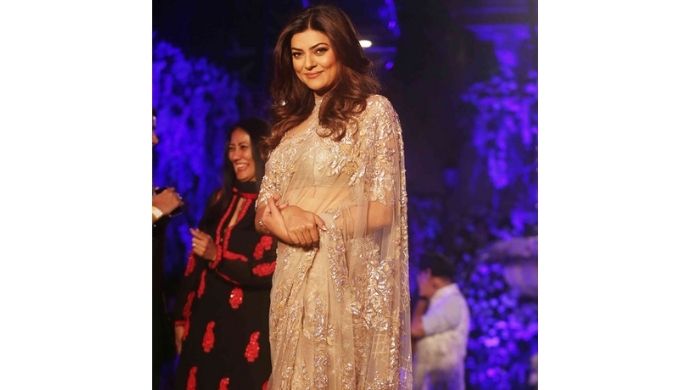 Her hair was a perfect blowout and looked amazing on her shoulders. She also chose a nude lipcolour for this look.

Aishwarya Rai Bachchan wore a black and gold saree to a movie premiere that was just as stunning! Her saree was full-black with golden lines on it and she paired it with a sleeveless black blouse that is so trendy right now! To glam it up further, she chose a red lip and some bold eyeliner. She also used a lot of mascara to highlight her eyes. 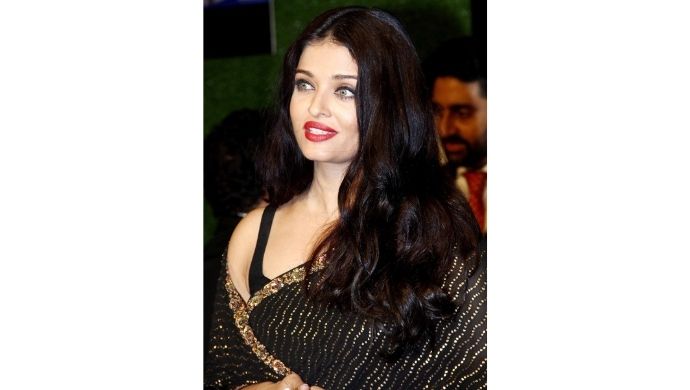 She chose to keep her hair flowy and more on the natural side. She wore her pallu over her arm and this made it look extra classy and regal!

We loved both their looks. Who do you think did better and sophistication and royal looks?