Sonu Sood received his ‘Biggest Award Ever’ when Durga Puja committee of Prafulla Kanak Welfare Association honoured him by installing his statue in Kolkata. See pictures

Bollywood actor Sonu Sood received his ‘Biggest Award Ever’ when a Durga Puja committee erected his statue in Kolkata. Prafulla Kanak Welfare Association honoured the star for his efforts and services towards the migrant labourers amid the pandemic and nationwide lockdown. Considering how they have suffered during the difficult phase; the Puja committee came up with the theme for Pandal dedicated towards them. Here is everything to know about Sonu Sood’s reaction to the statue. Read on:

Puja committees in West Bengal have been coming up with creative ideas for Pandal amid the COVID-19 pandemic. Prafulla Kanak Welfare Association in Kolkata considered the hardships migrant labourers have faced amid the nationwide lockdown. The committee then decided to honour Bollywood actor Sonu Sood for his services towards migrant labourers by erecting his statue, the pictures of which became viral in no time.

While many pages shared the images on different social media platforms, Sonu Sood reacted by reposting one of the tweets. He expressed gratitude with a humble response and wrote, “My biggest award ever”. Check out Sonu Sood’s Twitter post below: 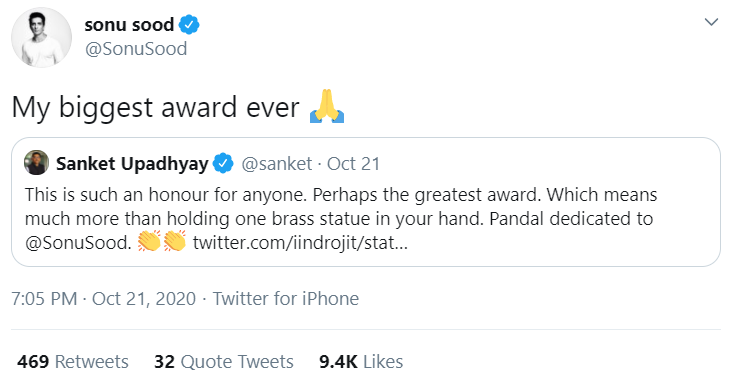 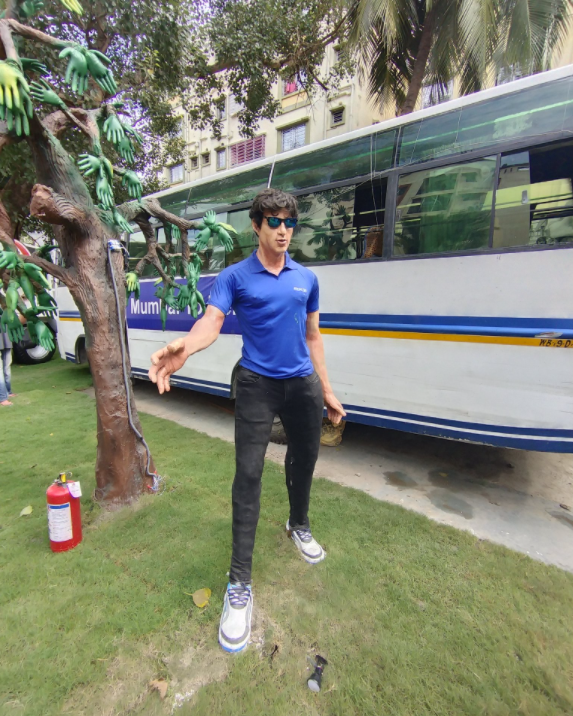 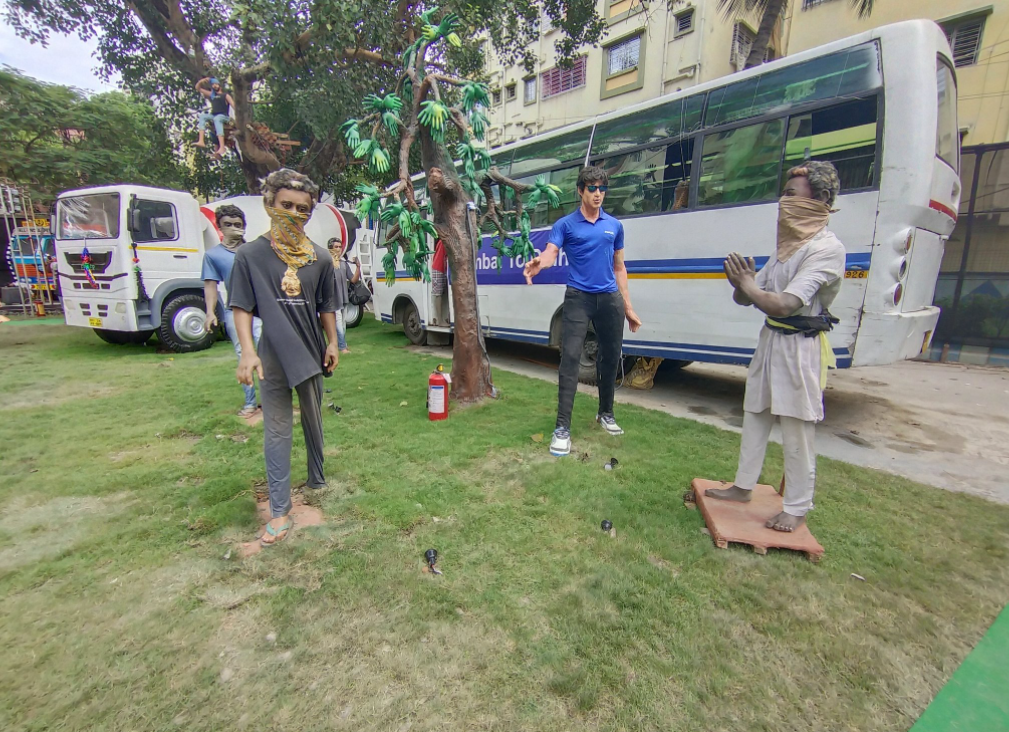 Numerous fans, followers, and fellow celebrities of Sonu Sood showered him with praises. They expressed how proud they felt. Previously, the actor garnered attention for receiving the Special Humanitarian Action Award by the Department of Planning of the Government of Punjab, with the support of the Sustainable Development Goals Coordination Centre. Moreover, Priyanka Chopra Jonas appreciated and congratulated him for the same.

Recently, in an interview with ANI, Srinjay Dutt, a member of the Puja committee, explained the theme of Pandal. He said how they were focusing on the struggles of migrant workers, who attempted to return to their homes amid the COVID-19 pandemic. Dutt applauded the efforts of Sonu Sood, who played an important role in helping them during that difficult phase. The member of the puja committee added that they had erected a statue of the star to motivate others to help those who were close to them.