Aban Bharucha Deohans’ newest project is set to blow your mind, but before the trailer release, look at some BTS fun from the sets!

Directed by Aban Bharucha Deohans, the upcoming murder mystery ‘Silence…Can You Hear It?’ has Manoj Bajpayee, Prachi Desai, Arjun Mathur and Barkha Singh in prominent roles. Manoj Bajpayee will lead the investigation of the murder of a woman whose body was found by trekkers, as ACP Avinash Verma. Prachi Desai will also be seen as a police officer in the film. Barkha Singh plays the murder victim in the film.

While the plot is rather intense with a murder at its backdrop but the cast clearly had a blast while shooting for this whodunit. We came across several BTS videos of the film’s star which gave us an insight into what went behind shooting this murder mystery. And clearly, the atmosphere was filled with jokes, laughter and amusing discussions. Have a look…

Take a look at this video of Prachi Desai, who plays Sanjana in the film talk about her experience of playing a cop character. Fun fact:  This project would mark her OTT debut.

Playing a cop around three other male cops, Prachi’s Sanjana is confident and sure of herself.

The cast has had some fun moments of interaction off-camera. In this picture, Prachi Desai has her hands up as Manoj Bajpayee hustles to find the fly he has been chasing with that green file in hand! 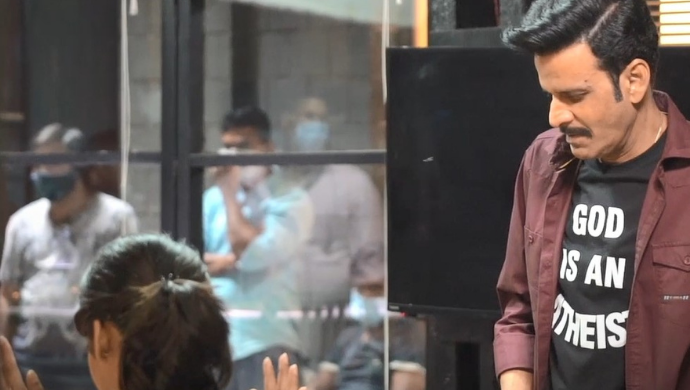 Look how much dedication is going into the curiosity of finding the fly! This made other cast members join in too! 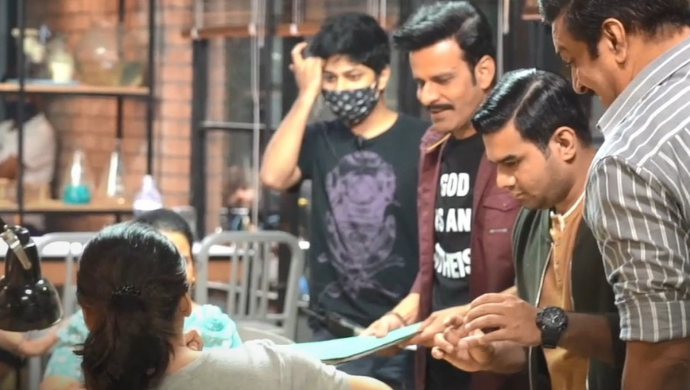 Another actress in the film is Barkha Singh, who plays Pooja. She has been quite popular on Youtube and we will be seeing her play, well, dead in the film as she plays the victim! Here’s a goofy video of hers from the sets where she talks about what goes behind playing dead!

Prachi’s colleague in the film, Inspector Amit played by actor Sahil Vaid was also pulling Prachi’s leg in this clip! 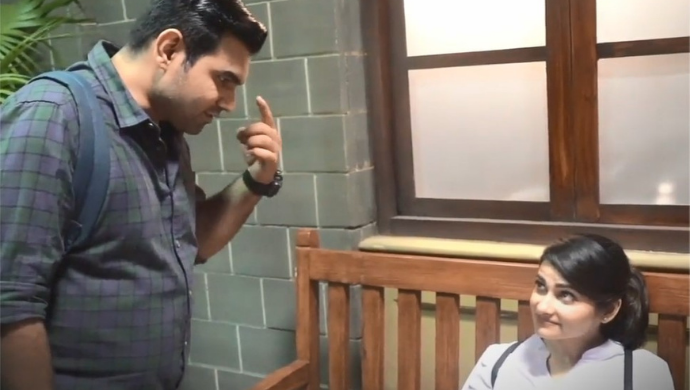 These goofy pictures are adorable, aren’t they? 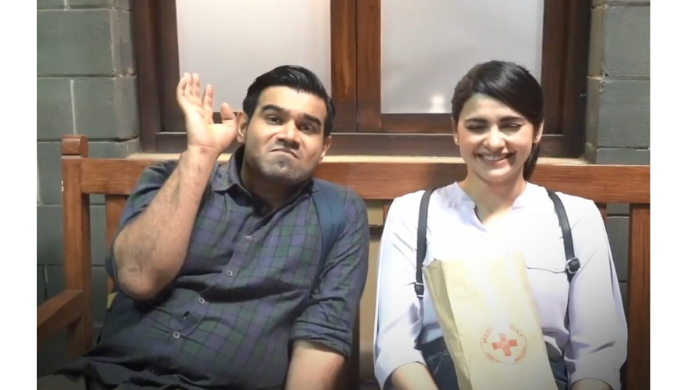 The cast also hopped onto the Humari Pawwri Ho Rahi Hai trend. Check it out:

We also have Arjun Mathur who plays an MLA in the film. In this BTS video, he talks about his character and also his experiences of working with a female director.

The film premiers on March 26th exclusively on ZEE5. Here’s the teaser: