Sidharth Shukla And Shehnaaz Gill Were To Set For A Winter Wedding? Couple Was Head-Over-Heels In Love

The heartache and pain continue as with each passing day we understand how much did Sidharth Shukla’s passing away affected everyone around him. It has been reported that Sidharth Shukla and Shehnaaz Gill were planning to wed this year in December. As per reports from various sources, the couple were engaged and had been making plans towards their wedding by the end of this year.

Apparently the two had informed their families about their plans too. The Shukla family and the Gill family were already making preparations for the wedding. Right from booking venues, to planning the wedding everything was already in motion. The couple had thought of three days of festivities, complete with tradition and customs from both sides of the families. Unfortunately, God had other plans.

Sidharth passed away reportedly due to a heart attack on Thursday (September 2). Doctors declared him dead on arrival at the hospital. He is survived by his mother and two sisters. Shehnaaz, who arrived for Sidharth Shukla’s cremation with her brother Shehbaz Badesha, was seen in an inconsolable state. Everyone who has met Shehnaaz has been worried about her health. The girl has gone pale and withdrawn completely, her effervescent persona is complete shadowed by her grief. 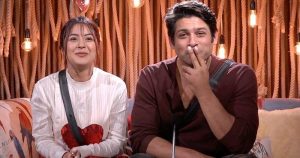 Sidharth Shukla and Shehnaaz Gill might have entered the Bigg Boss house as strangers but soon the two became completely inseparable. Even after the Bigg Boss days were gone, the two were often seen in each other’s company. Their love has had many witnesses. 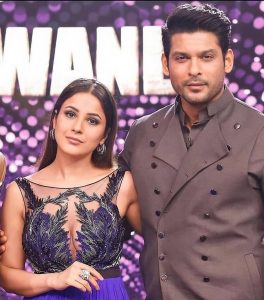 Singer Abu Malik, who is a friend and a confidante, also confirmed the news of the wedding. He also said that he is very worried about Shehnaaz, because the couple were completely in love. Sidharth couldn’t go for a day without her, and neither could she. “Sidharth used to love her a lot. He would say that agar ek din woh naaraz ho jaati thi, toh uska din kharaab ho jaata tha.”

Shehnaaz’s heartbreak is visible right in her face. A simple journey that started in the Bigg Boss house with millions watching them, ended with the actress accompanying her love to the crematorium, once again with millions watching. The only difference there wasn’t a dry-eye in the audience