Shershaah: Film Writer Reveals Dimple Cheema Told Him That Vikram Batra Cut His Thumb To Use His Blood As Sindoor; We’re In Awww

2021’s most-watched film, Shershaah starring Sidharth Malhotra and Kiara Advani, crossed the IMDB rating of 8.9 making it the best-made war drama movie on the life of Captain Vikram Batra (PVC) during the Kargil War. The movie became the career-defining movie for both the lead actors of the film. However, the writer of the film who penned down the breathtaking script of the film Sandeep Srivastava in a recent interview with The Indian Express revealed, “There was no need for any hyper-nationalism here.” The writer believes it was Shershaah’s “honest storytelling” that fueled the overall success of the film. 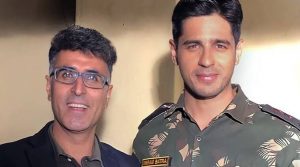 Shershaah is receiving positive feedback from all platforms and since its inception on August 12 worldwide, audiences have loved watching the heart-touching romance between Sidharth Malhotra and Kiara Advani. Talking further about the script, the writer revealed to The Indian Express, “When we started scripting the film, we could see the kind of hard work Sidharth was putting in right from the beginning. We could see him transform. He’s come of age and has put up a very fine act”.

Writer Sandeep Srivastava was aware that film will have to be made in such a way that it doesn’t harm anybody’s patriotic values so on receiving the original rights of the film the writer told, “Producer Shabbir Boxwala had the rights to Vikram’s story, the war hero’s brother Vishal Batra and Sidharth Malhotra. “I came on board later. We knew there would be sensitive lines, a lot of subtexts in what they are saying, but we didn’t want to get into jingoism. Soldiers do a tough job,” Srivastava added.

The romance between Vikram Batra and Dimple Cheema displayed in the film looks natural and the way writer Sandeep Srivastava was able to show that kind of love on-screen was commendable. The writer said, “I met Dimple 2-3 times. We realised there are certain milestones in their love story. So the journey from one milestone to the other is where we’ve used a bit of imagination and cinematic liberty.” 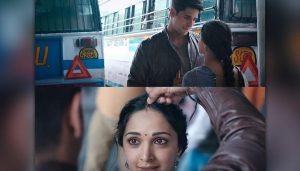 Sandeep Srivastava had thought that the scene at the bus stop where Vikram Batra cuts his thumb and puts ‘sindoor’ on Dimple was “cooked up.” But, Dimple Cheema confirmed that it is true. Thus, the writer decided to narrate that part in his way and said to The Indian Express, “The act itself is over-the-top as if from the 70s or 80s, but Dimple’s reaction of “kinna filmy banda mila hai mainu (My man is so filmy)” balances it. Dimple is such a beautiful aspect to this story,” Srivastava said.