Yeu Kashi Tashi Me Nandayla’s Shalva Kinjawadekar recently went live on Instagram with co-star Anvita Phaltankar and they both spilled the beans on a lot of things! read.

Shalva Kinjawadekar, who plays the role of Omkar in Yeu Kashi Tashi Me Nandayla, recently went live on Instagram. He was also joined by co-star Anvita Phaltankar and they both spilled the beans on a lot of things! If you watch their show regularly, then you know that Omkar recently confessed his love to Sweetu. Much like Omkar, we’re all awaiting her response and we really hope it’s a yes. During their live session, Shalva and Anvita even hinted at what her answer might be, read on.

Shalva recently hit 100k followers on Instagram and went live to thank his fans for their love and support. He gave a big shoutout to the team of Yeu Kashi Tashi Me Nandayla and thanked them for everything. He also shared that like everyone else, he’s excited for Tuesday’s ‘special’ episode as Sweetu is finally going to give her answer.

As the live session progressed, a fan commented saying ‘Sweetu please say yes to Omkar’. In response to this comment, Shalva said,  ‘Zee Marathi has asked her not to respond yet’. Meanwhile, Anvita said, ‘we don’t know yet what Sweetu has been asked to answer’. Well, looks like we’ll have to wait and watch to find out whether it is a yes or no.

Apart from this, Shalva also shared others details about his life, passion and hobbies. He was asked what’s the ‘one thing’ he loves about his daily routine. He said, whenever he enters his vanity room, Anvita excitedly greets him and that gives him a ‘boost’ to kickstart the day. 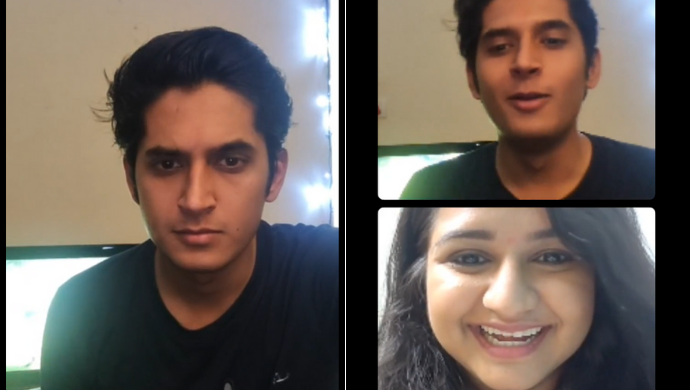 While speaking about his hobbies, Shalva revealed that he has been passionate about bikes and racing ever since he was a child. “Bikes are close to my heart, I’ve grown up watching them…I also became interested in bike engines. I do bike riding with just as much passion as I do acting.” said Shalva.

Shalva also revealed the true meaning behind his unique name. He shared that Shalva is derived from two languages, Sanskrit and Portuguese. While in Sanskrit his name means ‘brave’, in Portuguese, his name means ‘peace’. It is a unisex name, he said and can be used for both girls and boys.

The overall live session was quite interesting and we loved seeing the banter between Shalva and Anvita. We cannot wait to find out how their characters’ story will unfold following the proposal and we’re sure you’re excited too.