Sathya: How The Show And Its Leading Lady Are Breaking The Daily Soap Stereotypes In Style

From having an unconventional female lead to normalising friendship between two genders, Sathya shatters the daily soap norms in every way!

One of the most refreshing serials on Tamil television is the ZEE Tamil show, Sathya. Ever since the inception of the serial, we have seen it shatter the stereotype of conventional daily soap and the viewers love it for all the right reasons. From the tomboyish female lead to her extremely supportive husband Prabhu, there are a bunch of aspects that keep the serial encaptivating and refreshing.

To begin with, the star of the show, Sathya is capable of driving the story herself. She is a tomboy of sorts but nowhere does she feel like less of a woman because of it. She does not aspire to change herself or have a makeover as you would expect in any show with a character like hers. 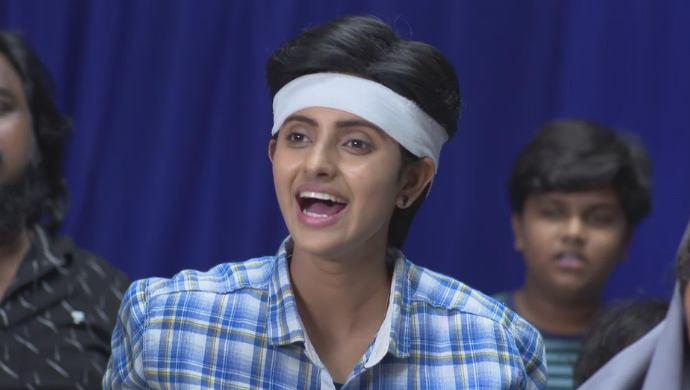 She bashes up goons and takes over her father’s garage. She is perfectly capable of taking care of herself, without of men having to do it for her. She knows that she is perfect the way she is and we love her more for this. She would be a perfect role model  young kids in changing the norms of society.

Having said this, Sathya is not the only unconventional thing about the serial; it is also the men that let her live without any judgements. Although Prabhu starts out with falling for Divya who is completely opposite to her and marries Sathya reluctantly, he comes around and learns that Sathya is the best match for him and a gem of a person.

Very little judgement is made by the characters on the show about Sathya having two male friends who are really close to her. Sathya’s character is never judged for it and she has a commendable camaraderie with them. She relies on them to have her back, sometimes, even more than she relies on Prabhu!