Sathya Enna Penkutty: Will Sujitha’s endless humiliation on Sathya trigger Sudhi to take a stand for her?

With Sujitha crossing all her boundaries and humiliating Sathya in the office, will Sudhi keep his differences aside and take her stand? Read on to know what we think

Has there ever been a time when Sujitha has not insulted Sathya? Right from when the show Sathya Enna Penkutty started, it was pretty evident that Sujitha didn’t like any of the girls in Sudhi’s life — whether it was Sathya or Divya. And her dislike for Sathya only increased once she got married to Sudhi. Ever since that day, it has been the aim of Sujitha’s life to get Sathya thrown out of Manimangalam. While she doesn’t seem to be succeeding at that, she always tries to humiliate Sathya at any chance she gets.

Watch what is happening on Sathya Enna Penkutty:

We’ve all seen how Sathya has been subjected to humiliation, multiple times by the evil duo Sujitha and Baiju. While she always gives them a befitting reply, in the recent promo, we saw how she stood silently as Sujitha kept insulting her at the office. Though she looked highly irritated and dejected by Sujitha’s words, we feel the reason for her silence could be that she doesn’t want to create an issue in front of the staff. Also, she respects Chandradas a lot and considers him like her own father, which is why she might not bite back his daughter Sujitha in front of everyone at the office. We also saw how agitated Chandradas was as he received a call from the office informing him about Sujitha’s antics. While Chandradas might come to Sathya’s rescue, will Sudhi stand by her? 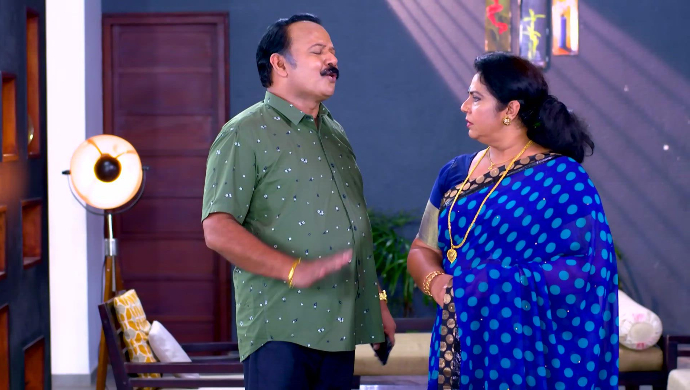 Things have never been worse between Sathya and Sudhi. Ever since Divya has re-entered their lives, things have been going downhill. Sudhi doesn’t trust Sathya anymore, he doesn’t want to sleep in the same room as her, and in fact, he doesn’t even talk to her nicely. Whenever Sathya tried to make him understand that she’s innocent and doesn’t understand what’s bothering him, he just turns a blind eye to all her pleas. But Sujitha going to the extend of humiliating Sathya at the office, right in front of the everyone, might just trigger Sudhi to take a stand for her. 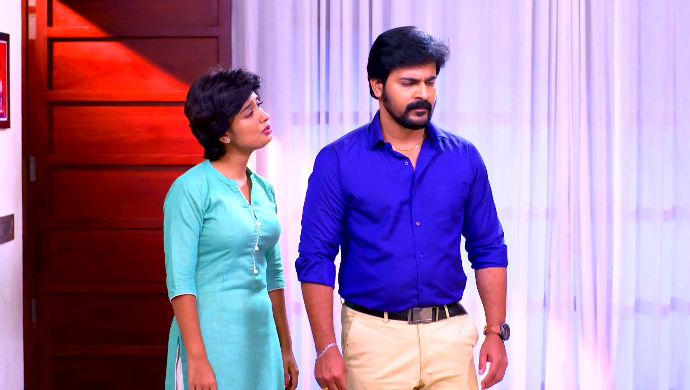 Although Sudhi is currently very confused and doesn’t trust Sathya at all, there was a time when he trusted her with his life. He used to always stand by her and believe everything she said. And lately, we also saw him getting irritated with Sujitha’s fake concern. Maybe this incident could trigger the part of Sudhi’s conscience that has always cared for Sathya. While we certainly hope that Sudhi would keep his differences aside and take a stand for Sathya against Sujitha’s constant humiliation, whether he would do so or not is something we can only wait and watch.