Sathya Enna Penkutty: Cleetus and Kuruvi might be the only two people to save Sathya and Sudhi’s marriage

Check out why we feel an epic alliance between Sathya and Sudhi’s best friends Kuruvi and Cleetus could be the saving grace of their relationship.

Lately, things have just been going from bad to worse on Sathya Enna Penkutty. With increasing misunderstandings between them, Sathya and Sudhi are on the verge of a divorce. While nothing seems to be working in their favour, a ray of hope can be seen in the form of a new alliance between Cleetus and Kuruvi. Both the guys love their respective friends and would definitely try their best to salvage this relationship.

Cleetus has been Sudhi’s closest friend and confidante throughout the show. No matter what, he has always supported Sudhi and stood by his side. Whether it was planning surprises for Sathya or playing a prank on her, Cleetus has always helped him with all his crazy plans. And at the same time, he has always kept him rooted.

Lately, when Sudhi is being manipulated against Sathya and even his own Dad, Cleetus is the only one who has been constantly trying to knock some sense into him. We’ve seen the guy defending Sathya on multiple occasions. He also tried explaining to Sudhi how his anger on Chandradas is unreasonable and whatever he did was for Sudhi’s good.

Also Read: How would Chembarathi’s Krishnan react if he had to take over as Chandradas in Sathya Enna Penkutty? 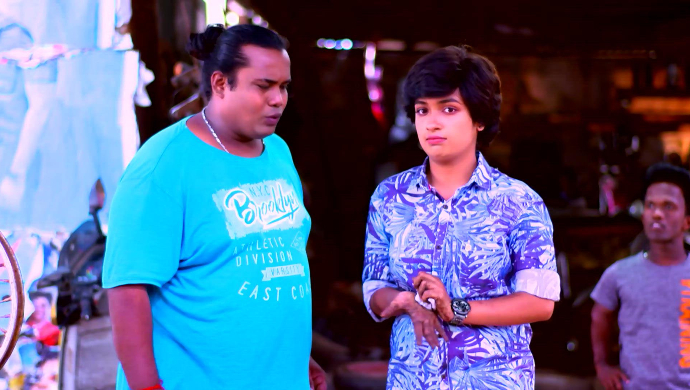 Parallel to Sudhi and Cleetus’s bond is that of Sathya and Kuruvi’s. They not only work together but also understand each other. Whenever Sathya or her family needed any help, Kuruvi and her other friends were always there to help. Even after Sathya’s marriage, they regularly checked upon her Mom and Grandma.

Lately, Kuruvi has observed how bad things have been with Sathya and Sudhi. He has also made it pretty evident that he can’t see his friend Sathya suffering like this and that he would definitely do everything in his power to get this issue sorted. Kuruvi is also often seen giving valuable advice to Sathya on saving her and Sudhi’s marriage, especially when she feels helpless.

In the recent episodes, we saw both Sudhi and Sathya’s best friends, Cleetus and Kuruvi teaming up. The guys talked about how they don’t want their respective friends to be miserable and the only way that would happen is if their misunderstands are resolved. Kuruvi and Cleetus both know their friends in-and-out. Hence, if they have a genuine conversation, that itself could solve half the problems.

Right now the biggest issue is that Sudhi is blatantly accusing Sathya without giving her any reason for his behaviour. If he would tell her what’s bothering him, they could’ve found a solution together. But since that doesn’t seem to be happening soon, Cleetus and Kuruvi might be the only people who can save their marriage.

Also Read: When it comes to love, Abhimanyu from Pookalam Varavayi can surely learn a thing or two from Harshan

Moreover, a curious Divya recently met Cleetus. Although we couldn’t listen in on their conversation, from whatever we could gauge, she wants to know more about her past. Divya also mentioned wanting to meet Sathya. Hence, this combined with Cleetus and Kuruvi’s team-up might lead to the two sisters meeting up and talking. And this will in turn lead to Sathya finally being able to resolve the issues between her and Sudhi.

For more drama and entertainment, watch Pookalam Varavayi on ZEE5.