Sara Ali Khan Greets Paps With Her Fave ‘Namaste’ As She Returns From Kashmir; Gets Clicked At The Airport

Sara Ali Khan is back in the bay after her Kashmir trip and with a lovingly gesture the actress greeted the shutterbugs and her beloved fans with a ‘Namaste’ as she smiled for the lens even through her mask, which was visible in her eyes

Sara Ali Khan’s eyes smiled through her cheeks as she greeted her millions of fans and the paparazzi at the airport. The actress’s mood is surely elated as she is back at her ‘home sweet home’. And even through her little gesture, she chose to don an all-black attire for her airport look.

Along with her ensemble, Sara Ali Khan paired her pink sneakers that created a perfect colour contrast which floated all around the internet and netizens reacted with a heart emoji on it.

For the past few weeks, Sara Ali Khan has been vacationing at the beautiful mountains of Jammu and Kashmir which is indeed a second word for heaven-kinda-place. The actress had been constantly sharing glimpses from her vacation at the mystical mountains.

From sharing pictures under the sky full of stars and full moon to religious places in Kashmir the actress shared all that with her beloved fans and in return they loved her gesture.

Before that, the actress had visited the magical island of Maldives and shared her sunkissed bikini photos and her videos from enjoying the beach. The actress was seen flaunting the perfect curves of her body that went viral on IG in no time.

However, now the actress is back at home and will get back to work with all her might and the right spirit. An hour ago, the actress had shared a breathtaking view of the clouds as she had boarded her flight back home. Also, she shared collage photos from the amazing sunsets and sunrise Sara Ali Khan visited throughout her trip. 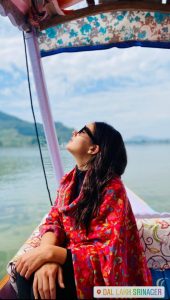 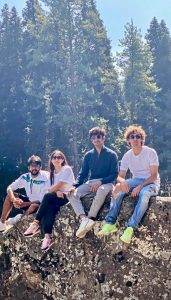 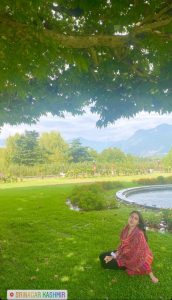 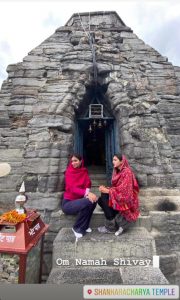