Salman Khan’s Tiger 3 To Roll In Turkey Instead Of UAE! Here’s Why

With the spike in Covid cases in the UAE, Salman Khan’s Tiger 3 will roll in Turkey instead.

Salman Khan’s ‘Tiger 3’ has always been in the headlines, owing to the success of its predecessors ‘Ek Tha Tiger’ and ‘Tiger Zinda Hai’. According to recent developments, the film, which was supposed to start shooting its first schedule in UAE is now being moved to Turkey.

Produced by YRF, Tiger 3 is supposed to be directed by Maneesh Sharma who had last adorned his directorial hat in the Shah Rukh Khan starrer Fan. Tiger 3, which was scheduled to go on floors around March in UAE might now be filmed in Turkey for a major part as the Covid-19 cases are at a spike in UAE lately. 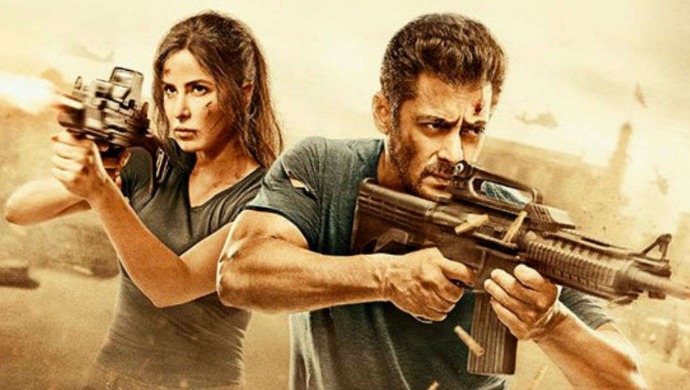 The team at YRF that went to Dubai and Abu Dhabi for the recce and shoot of SRK starrer Pathan, last month, stayed back for the recce of Tiger 3. Meanwhile, another team was dispatched to hunt out locations in Turkey. One of the most loved pairs of Bollywood, Salman Khan and Katrina Kaif who were last seen together in Ali Abbas Zafar’s Bharat, will pair up again for Tiger 3.

Salman Khan who is currently seen hosting Bigg Boss has given his dates for the film Tiger 3 in March after the other 2 films in his pipeline, Antim: The Final Truth and Radhe: You Most Wanted Bhai. In fact, Salman Khan also began with the promotions of his upcoming film Radhe, featuring Disha Patani and Randeep Hooda, on the sets of Bigg Boss.

We sure are super excited for all of Bhai’s upcoming projects.