The veteran actress Saira Banu was admitted to Mumbai’s Hinduja Hospital and currently, the actress’s condition is stable.

On August 24, Bollywood’s evergreen actress and legendary Dilip Kumar’s wife Saira Banu was admitted to Mumbai’s Hinduja Hospital in the Intensive Care Unit (ICU) ward after the actress complained about breathlessness, high blood pressure and high sugar. The actress is reportedly identified to suffer from depression and Acute Coronary Syndrome. The doctors at Hinduja Hospital have advised an angiography surgery.

However, the actress refuses to undergo angiography surgery, a doctor at Hinduja Hospital told PTI. The doctor at the hospital said, “Yesterday, her cardiac tests happened, and she has been diagnosed with acute coronary syndrome. ‘Once she gives her consent, doctors can perform an angiography.” The doctor looking after Saira Banu said, “She doesn’t sleep much. She wants to go home.” 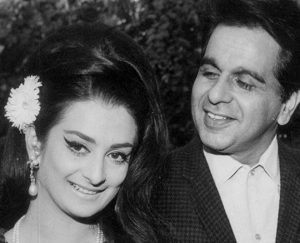 Saira Banu may be shifted from an ICU ward to a general ward in the hospital. It was reported that the family members of the actress have to still make a decision on the angiography surgery. “We are not in a hurry to go in for the angiography. We will decide in 4 or 5 days.” said a source close to Saira Banu’s family to TOI. The actress is suffering from depression after the sad demise of her husband and actor Dilip Kumar who passed away at the age of 98 in Mumbai in July this year. Saira Banu has stood by Dilip Kumar’s side through thick and thin. They were married for 55 glorious years and the two got married on October 11, 1966. They are indeed an evergreen couple and legendary actors who had millions of fans and stole an infinite amount of hearts.

Saira Banu made her Bollywood debut in 1961. Saira Banu and Dilip Kumar have been co-actors in films like Sagina Mahato, Gopi, Duniya and many others. Saira Banu was last seen in the 1988 film Faisla.