It is a common trend amongst celebrities to undergo a complete makeover from time to time. Rakul Preet Singh’s latest post on social media did something similar. Rakul Preet Singh looks heavenly yet unrecognizable! Netizens expressed their surprise at the new look in the comments. 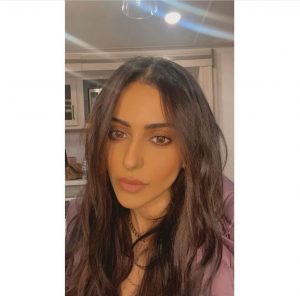 Rakul Preet posted a selfie with only her face. Her features look incredibly sharp and fans are astonished by the change. Rakul had also glamourised her sharp features with heavy contour lines. She added even more glam with statement necklaces. Yet the transformation of her face isn’t sitting too well with some fans.

It is now widely speculated that the actress underwent some aesthetic surgeries or adjustments. Rakul Preet looked like an entirely different person in her latest selfie.

But this is not uncommon in the film industry or amongst celebrities. To stay in the game and the industry, one is expected to undergo such procedures and stay up to the mark. While some celebs admit it, some like to not disclose the information to the public.

For instance,  Anushka Sharma’s old video recently went viral on social media. In a 2016 interview with a fashion magazine, the actress had admitted that she was getting a lip enhancer. Fans will remember that Anushka was heavily trolled after fans noticed a change in her lips in a talk show. Opening up to it, she said that she had to do it for her role in Bombay Velvet. Anushka added that she was only human and wasn’t perfect.

A couple of months ago, Rakul Preet shared the first look of her upcoming movie Konda Polam. She also added that her role of Obulamma is one of her favourite characters.

Rakul Preet Singh said that she admired the bravery and strength of her character in the movie. Her character Obulamma is a shepherd girl and the movie Konda Polam is set to release on October 8.

Here she is #OBULAMMA – my most loved character ❤️ a shepherd girl of unbelievable bravery, charisma, and a beautiful understanding of love & life! Hope u like it 😁
#PanjaVaishnavTej #KONDAPOLAMhttps://t.co/FNTe9pgryP#KondaPolamOnOct8th@DirKrish #Sannapureddi @mmkeeravaani pic.twitter.com/kO1afMhdbF