Raksha Bandhan: Here’s Why Kumkum Bhagya’s Abhi Is A Perfect Brother To His Sister Aliya

Big brother Abhishek Mehra( Shabbir Ahluwalia) can swim oceans, break some bones and cross any barriers for getting his baby sister Aliya what she wants.

Kumkum Bhagya has entertained us and kept us at the edge of our seats for the last five years. The show focuses on Abhishek Mehra (Shabbir Ahluwalia) and Pragya Arora‘s (Sriti Jha) love story. Their unconventional yet sweet romance fills the air with love. But also, the show is a reel of other relationships like Pragya and her sister Bulbul’s relationship, Abhishek and his friend Purab’s bond and Abhishek’s unbreakable bond with his sister Aliya. Abhishek’s love for his sister is an unconditional one. When it comes to his sister, Abhi does everything that he can to make her happy. This Raksha Bandhan, let us have a look at all the times Abhi proved to be a perfect brother! An example of this was seen at the very beginning of the show. When Abhi decided to marry Preeta in spite of not being in love with her! Don’t we all need a brother like that in our life?

Watch a lockdown episode of the show Kumkum Bhagya here.

Abhi’s marriage to Pragya was a hasty one. He decided to marry Pragya because he misunderstood his friend Purab’s affections towards Pragya’s sister Bulbul to be the ones directed at her. He married Pragya because he knew that Aliya loved Purab and they were engaged to be married! Abhi’s sacrifice for his sister turned out to be good for him but still, it was a huge life-changing decision! If this ain’t a show of love, then we wouldn’t know what else to look at! 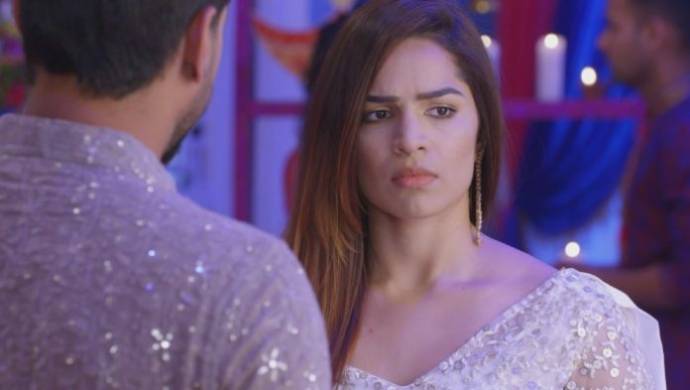 In a series of showdowns, Abhi’s sister Aliya manages to convince him that Pragya is a conniving and a bad person who is set to destroy them. Abhi believes his sister over everyone else and immediately refrains from contacting his wife Pragya. Aliya is lucky to have a brother who trusts her and is supportive of her. But things take an ugly turn, once Aliya’s truth falls out and Abhi starts trusting his wife over his sister. He even slaps Aliya for her scheming techniques. But soon he regrets doing so and falls back in track with loving his sister, however, she might act!

Did you know that you can watch Kumkum Bhagya before it streams on TV? With ZEE5’s Club Pack!