Raat Baaki Hai is a film that revolves around a murder in a hotel. Take a look at the BTS pictures of the shoot of the film.

ZEE5 recently dropped the official trailer of the film Raat Baaki Hai. It has an ensemble cast including Rahul Dev, Sameer Malhotra, Paoli Dam, Anup Soni and Dipannita Sharma. During the shoot, the cast and crew of the film had shared many behind the scenes photos from the shoot. Take a look at some of the BTS pics from Raat Baaki Hai shoot. 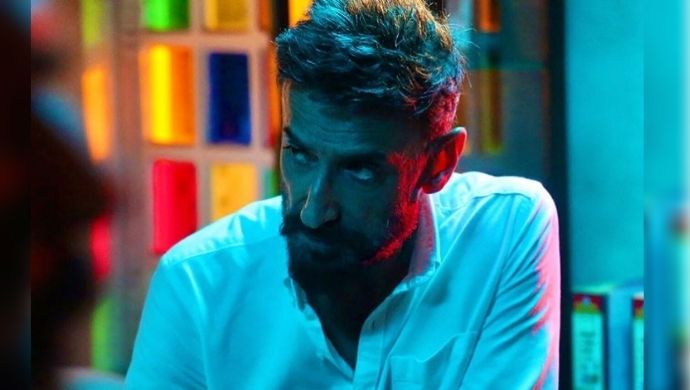 Actor Rahul Dev, who will be seen playing the lead role in Raat Baaki Hai shared a photo of himself giving a very serious and intense look. He is seen wearing a white shirt. A red light falls perfectly on his face enhancing the photo. Rahul wrote, “In the act. One night is all you need for love and revenge.”

Pictures shared by the production house

The production house Creative Dogs Production shared a few behind the scenes photos from the shoot. They shared a photo where the crew is looking at the drone as it is all set to fly and capture the shots. They wrote, “Everyone watches when the Drone flies.” They also shared a photo of Rahul Dev talking to the crew. He is seen wearing a mask as a precautionary measure for the coronavirus. The caption reads as, “Shooting is important but…..Safety first”. They also shared a behind the scene photo of a clapper board being held right before a scene of Anup Soni and Paoli Dam. Take a look at Raat Baaki Hai’s BTS.

Sameer Malhotra who plays the role of Raja Sujan Singh is seen standing near the pool in his bathrobe. He is sipping a cup of coffee while thinking about something. Actor Sameer wrote, “A contemplative Raja Sujan Singh. #Raatbakihai”. He also shared a picture with his director Avinash Das. Another photo is of him with Rahul and co-star Dipannita Sharma where the three have posed for the camera. The last photo is him with Dipannita where the two are seated in a lawn. Sameer is dressed in a green blazer.

Paoli also shared a few pictures from a table reading in a palace. She shared a photo with Anup Soni as they were posing on a Thar. Along with that, she also shared the picture of the clapperboard of the show. Anup shared a photo of himself sitting on a couch in the palace. Take a look at the photos.

Catch the teaser of Raat Baaki Hai, streaming now, only on ZEE5 Originals!