Priyanka Chopra roasted Nick Jonas in a recent episode of the digital show. This comes after PeeCee roasted Nick Jonas. Following this, Anushka Sharma and Taapsee Pannu gave a shoutout to the Quantico star – Here’s how

PeeCee took to her gram and shared a video of herself roasting her husband and International musician Nick Jonas. The global actress had shared what are the perks of being a ‘Jonas’ and she had demonstrated in the video how different she and her husband Nick is.

Priyanka Chopra’s video went viral in no time and it left everyone in splits. Also, this comes after our Desi Girl had decided to drop Nick Jonas’s surname from her full name. Rumours of Nick and Priyanka’s divorce had spread like wildfire in the entire town and we can’t deny that. 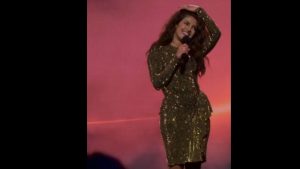 Amid all the hoax news, PeeCee got a major shout out from Taapsee Pannu and Anushka Sharma. The two actresses shared a video via their IG stories and it made it to the headlines.

Also, a few days ago, celebrity Astrologer Pandit Jagannath Guruji predicted Priyanka Chopra and Nick Jonas’ future. He told a leading publication and said that Nick is losing interest in PeeCee. He added that they are taking time to make their relationship stronger. However, on the bright side, the marriage won’t head for a divorce at the moment. Also, the aforementioned status of Priyanka Chopra and Nick Jonas’s wedding might head for a separation. There is a 50-50 chance of things going south between PeeCee and Nick Jonas. However, we hope that the two may resolve their issues and be together again.

In terms of work, Priyanka Chopra has national projects like Jee Le Zaraa in which she will be seen with Alia Bhatt and Katrina Kaif. Also, PeeCee will be seen in the latest installment of The Matrix 4 alongside Keanu Reeves.