Paurashpur: From A Conniving Queen To A Transgender, How All Actors Bravely Stepped Out Of Their Comfort Zones For This Period Drama

To understand the thought process behind Paurashpur #LandofDeceit, we got in touch with one of the writers Ranveer Pratap Singh and he elaborated on how every actor in the show is out of his comfort zone.

Paurashpur is a new series that premiers on ZEE5 on December 29. It is about a fictional kingdom set in the 14th century India, where the ruler is an evil and misogynist king. Since this is very new content for the web series in India, to know more about the show and understand its though process in detail, we got in touch with one of Paurashpur’s writers, Ranveer Pratap Singh.

Revolving around the story of how a queen decides to take charge and overthrow the sadist king, Paurashpur #LandofDeceit  has some of the best and most uniquely written characters. To know about them, we asked Ranveer Pratap Singh about how the characters were formed and how the actors were selected for it. He said that the idea to overthrow patriarchy has been prevalent in every era. He also said that almost all the actors have been out of their comfort zones for their roles in this show. 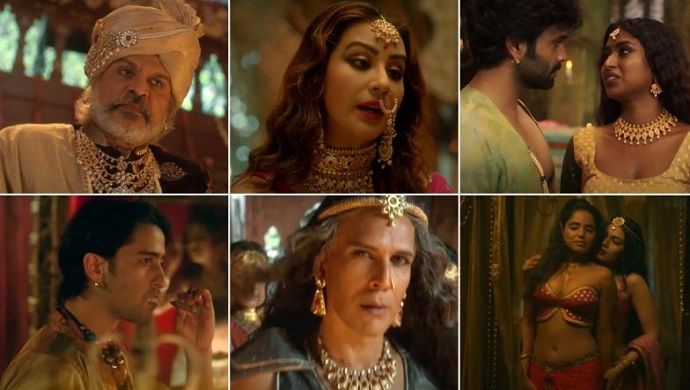 Considering that this is a period drama set in the 14th century, it would have been tough for each and every actor in the show to get into their roles. From changing the way they speak to getting the dialect right, actors had to groom themselves and it certainly wasn’t an easy task.

Also read: Paurashpur: Did You Know Milind Soman Was Offered This Role Before Boris In The ZEE5 Series?

We also see Shilpa Shinde portraying the character of Queen Meerawati, who rises as the courageous queen to stand against the king. She’s mostly known for her comic roles in TV shows and thus, taking the role of a rebellion queen was a big step for her. Also, the character of Boris, portrayed by Milind Soman was certainly out of his comfort zone. Taking the challenge and playing the role of the third gender was not easy but he definitely seems to have nailed it well. Mr Singh also revealed that Annu Kapoor was the actor who quickly connected to his role as the evil king. Being an experienced actor, he was sure to give a great performance.

Hearing about the characters and their hard work that went behind the portrayal, is surely raising our excitement for the show.

Paurashpur releases on ZEE5 on December 29.